The Arizona Cardinals introduced Dr. Jen Welter as a coach this week. The move — believed to be the first time a team in the NFL has hired a woman to coach — prompted Vice President Joe Biden to tweet:

Breaking barriers and reaching new heights. Congratulations to Jen Welter. This is what progress looks like. https://t.co/A6pT0RFXFL

This is clearly a historic step. But it’s important to note that Welter has only been hired as an intern, one of seven recently added, and the length of her employment is unclear. She also seems a bit overqualified: She has a master’s degree in sports psychology and a Ph.D. in psychology.

There has been some resistance to this move. Some have questioned whether a woman can lead men on a NFL team, especially since no woman has ever played in the NFL. Such a response ignores the fact that a number of male coaches, including Vince Lombardi, Bill Belichick, and Joe Gibbs, never played in the NFL either.

The history of sports clearly illustrates this point. For example, prior to racial integration in baseball, which began with Jackie Robinson in 1947, the sport had a competitive balance problem. It was not uncommon for a team to win (or lose) more than 65% of their games. This disparity was made possible because the league, which only employed white males from the U.S., could not find enough talent. When it expanded its talent base, the number of talented pitchers and hitters expanded, too. A team has not won more than 65% of its games since 2001.

This rule applies to any organization: The wider your search for talent, the better the talent you are ultimately likely to employ.

Of course, Welter’s stay may be short. Unlike Hammon — who is a full-time assistant with the Spurs — Welter seems to be auditioning for a full-time job. And the criteria for staying is not entirely clear. Bruce Arians, the head coach of the Arizona Cardinals, offered the following: “‘When are we going to have female coaches?’ The minute they can prove they can make a player better, they’ll be hired.”

At first glance, this seems like a reasonable requirement. After all, coaches are supposedly hired to make players better. Unfortunately, a academic study I published with Mike Leeds, Eva Leeds and Mike Mondello indicated that most NBA coaches fail to meet Arians’s criteria. In other words, most NBA coaches do not seem able to alter the productivity of individual players. A similar result was uncovered by economist JC Bradbury about the MLB.

What we do know is that the more people you consider for a position, the more likely you will find the best person for that job. And it probably won’t be easy in the future to get someone this educated to take an intern position in the NFL.

I suspect we’ll look back on this fact with some amazement: The first woman believed to land a coaching job in the NFL had a Ph.D. Yes, progress has been made. But the NFL would be wise to see this as only the very first step in ensuring that the very best people are considered for coaching positions in the league. 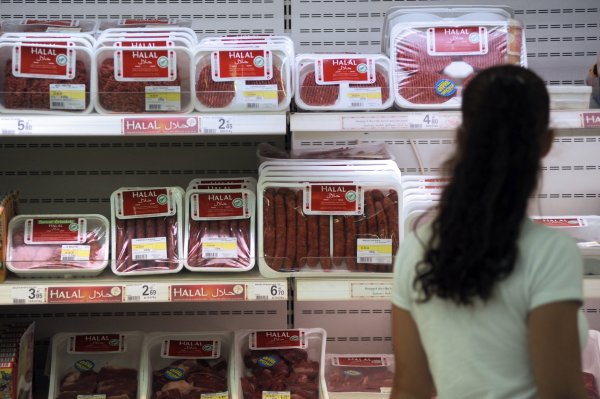 What Denmark Gets Wrong About Halal
Next Up: Editor's Pick