Hillary Clinton will declare her support on Friday for lifting the U.S. embargo on Cuba, her campaign said, allying herself with President Obama’s open stance toward the long-isolated island nation.

Speaking at Florida International University Friday morning, Clinton will also criticize Republicans’ opposition to normalizing relations with the country, saying that the right’s arguments against increased engagement are part of a legacy of failed strategies for addressing Cuban relations.

“She will highlight that Republican arguments against increased engagement are part of failed policies of the past and contend that we must look to the future in order to advance a core set of values and interests to engage with Cubans and address human rights abuses,” the Clinton campaign said in a statement.

Clinton will hold her speech in the state that Republican presidential candidates Jeb Bush and Marco Rubio call home. Bush, the former governor, has called Obama’s opening relations with Cuba a “policy misstep” and a “dramatic overreach of his executive authority.” Rubio, who is the son of Cuban immigrants, has also strongly criticized Obama, calling the decision “a terrible one, but not surprising unfortunately.”

The United States has maintained various embargoes on Cuba since 1960, and continues to block trade with the country despite having opened up diplomatic relations with the island nation. Republican Rep. Tom Emmer filed a bill on Tuesday to remove the restrictions on American businesses from trading with Cuba. 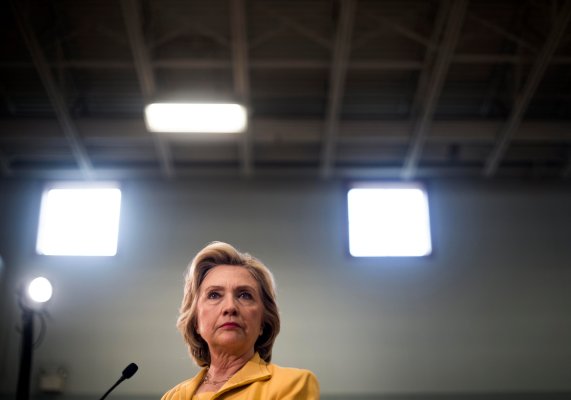