A Letter to Millennials: Give Yourself the Gift of Stillness

For my 68th birthday I gave myself the gift of stillness. Inspired by a little book by Pico Iyer, The Art of Stillness, I went for three days to a Benedictine Retreat in Big Sur, California. The New Camadoli Hermitage perches 2000 feet above the Pacific and is void of cellular service, wi-fi or any other electronic convenience. That of course is the point. Aside from the chanting of the monks in the chapel, no words are spoken at the Hermitage. You are alone with your thoughts and your books in a spartan room with a porch looking out over the Pacific.

I write all of this to you, my students, because I worry that you have no appreciation of the art of stillness.

And in a way, I am just as guilty as you trying to watch TV, check my email and talk on the phone at the same time. Now that I have finished teaching I can say a few things without fear that the Rate My Professor mob won’t mark me as a “Mean Teacher.” First, I don’t believe in multi-tasking in class. I remember when for one semester I demanded that everyone shut their laptops and put away their phones during lectures, I was generally dissed and attendance fell dramatically. And I know most of you were not using your open laptops to take notes on the lectures. You were using them to check your Facebook wall.

Second, when you come in for my office hours, you seem so time stressed. Now often this is because you are asking for an extra day to turn in an assignment, but it still feels to me as if you had scheduled your life down to the last waking minute. Not to get all nostalgic on you, but I remember countless hours spent at Princeton in the late 1960’s discussing the meaning of Antonioni’s Blow Up or Bob Dylan’s Blond on Blond. Of course the beer and the pot may have erased our sense of time or urgency, but isn’t that what college is for? Not everything you do in school has to go on your resume.

Finally, I think we all have to take vacations from our devices. I know when I ask in class how many of you feel you could go for a week without your smartphone or computer, not more than a couple of hands go up. The traumatic tales I have heard from you of being off the grid for just a few hours, lead me to believe that our collective screen addiction is worse than we think.

I learned from the monks that the Benedictines believe that life revolves around five practices.

Prayer-This can be any daily silent practice or meditation.

Work-This becomes part of a balanced life. It cannot be the whole focus.

Study-Reading the wisdom of those who came before us.

Hospitality-This just means treating those around you with kindness.

Renewal-Taking one day a week to turn away from the screens and appreciate the natural beauty around us.

I am not a Catholic and yet I find the monks prescriptions to be helpful to how I want to live in the world. In the same way that I find Pope Francis a rather courageous moral voice in a world full of politicians pontificating with poll tested sound bites. I know to talk about spiritual practice at a university makes some people uncomfortable. But when I was at the monastery I kept thinking of the events of the last few weeks that took place in Charleston, South Carolina. When you think of the ability of the families of the slain church goers to forgive the shooter Dylann Roof, you can only marvel at the power of faith. I’m not sure my faith would afford me that amount of grace in the face of such evil, but I am awed to see it exist in this hateful political climate we inhabit.

And what about Leroy Smith, the black State Trooper who helped the KKK member with the Nazi T-shirt as he was fainting in the hot sun protesting the removal of the confederate flag? “Asked why he thinks the photo has had such resonance, he gave a simple answer: Love.” Our willingness to look out for each other is our greatest strength.

The great biologist E.O. Wilson makes the argument in “The Social Conquest of Earth” that evolution favored those humans who learned how to cooperate.

Some went out to hunt, while others stayed and kept the fire going. If everyone went out to hunt for their own food, they were screwed if they came back and there was no fire. This of course is why I have no truck with the arguments of Peter Theil and his Ayn Rand acolytes. Rand said, “If any civilization is to survive, it is the morality of altruism that men have to reject.” You are inundated with Silicon Valley propaganda of “The Shark Tank” — the take no prisoners entrepreneur who will stop at nothing to build his company. Case Study: Uber. My Dean thinks we should teach empathy and cultural competence to these future masters of the universe.

This notion that we are alone in the world in a dog eat dog survival leads me to the final deep question I have for you as students. Why have 1000 of your brothers and sisters in college in America committed suicide this year? The New York Times reports the number of severe psychological problems reported on campus has risen 13% in the last two years. I wonder if the epidemic overuse of Adderall on campus, which we all observe, has any connection to the suicide epidemic? Needless to say, the constant consumption of speed is not going to help you slow down.

In my position running the USC Annenberg Innovation Lab I get to meet a lot of top corporate executives. I promise you they were not all straight A students in college. Some of them dropped out (Bill Gates, Steve Jobs, Mark Zuckerberg) but many of them, like our most recent four Presidents, were B students who spent more time on campus, then they would like to admit, just having fun.

In my first of these open letters to you I talked about four skills.

I don’t worry about your intelligence or even your courage. But I want you to know that vulnerability and compassion are just as important. We live in a time when being snarky seems to be the default setting online. But try not to give in to that. Shun the put-down artists. Look out for the lonely ones around you. Believe in the power of love. 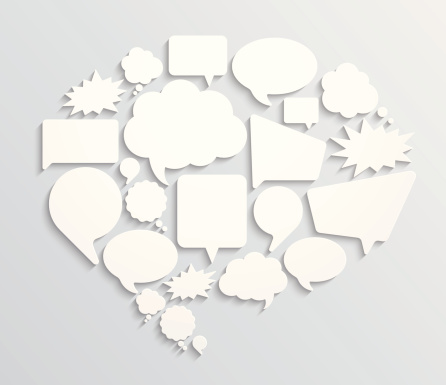 A Dying Language Is Making a Comeback
Next Up: Editor's Pick