How the Death of Mullah Omar Could Disrupt Progress in Afghanistan

Only two weeks ago, Mullah Omar’s name surfaced on a website linked to the Afghan Taliban in a message approving of the insurgents’ peace talks with Afghan government officials. There was no video or audio, just a short statement purportedly from the one-eyed leader of the militants who ruled Afghanistan before fleeing into hiding amid U.S. air strikes in late 2001. And there he stayed, appearing only as the shadowy signatory of occasional messages such as the one that appeared in mid-July.

But on Wednesday morning, days before the second round of peace talks between Afghanistan and the Taliban are due to get under way, the Afghan government said it believed that Omar had in fact died as far back as 2013. “The government of the Islamic Republic of Afghanistan, based on credible information, confirms that Mullah Mohammad Omar, leader of the Taliban died in April 2013 in Pakistan,” a statement issued by the office of the Afghan President, Ashraf Ghani, said.

Earlier, a spokesman for Afghanistan’s national intelligence agency said Omar, who carried a $10 million U.S. State Department bounty on his head, was believed to have died at a hospital in the Pakistani port city of Karachi. “He was very sick in a Karachi hospital and died suspiciously there,” Abdul Hassib Sediqi, the spokesman for Afghanistan’s National Directorate of Security, told the Associated Press.

Omar’s whereabouts have been the subject of speculation for years, with the Taliban repeatedly denying periodic reports and rumors about incapacitating illness or death. But this time, with the Afghan government confirming the news, “we can now finally be comfortable in our long-held assumptions that he’s been dead,” says Michael Kugelman, a senior associate for South and Southeast Asia at the Wilson Center in Washington, D.C.

Questions, however, remain about how the announcement might impact the talks, which were due to resume this week with a second round of meetings between the Afghan government and Taliban representatives. Islamabad hosted the first set of meetings as Ghani seeks to broker a settlement with the insurgents, who stepped up violent attacks as most NATO forces left the country at the end of 2014. With over 10,000 civilian casualties — up 22% on 2013 — last year was the conflict-ridden country’s deadliest since the U.N. began keeping records in 2007.

Afghanistan’s government said it believes that confirmation of Omar’s death means that the “grounds for the Afghan peace talks are more paved now than before” and called on “all armed opposition groups to seize the opportunity and join the peace process.”

But it is possible that the opposite might happen, as news of a leadership vacuum fuels Taliban infighting and different factions openly jostle for position. “The talks are by no means dead, but the momentum has been lost. I think the Taliban will now be consumed by this crisis — and it is a crisis,” Kugelman says. “It is going to be very difficult for the Taliban to think about peace talks. I don’t see how they’ll be able to focus on talks anytime soon.”

The fear that their organization is going to be “torn asunder” by the public announcement of their leader’s death might also explain why some Taliban militants had earlier on Wednesday put out the claim that Omar was still alive. “It could really tear the organization apart,” says Kugelman, who adds that the denials might be an attempt by certain groups to maintain unity.

Already, various Taliban factions are said to be making a push for power, with recent Pakistani press reports highlighting opposition within the militant group’s ranks to the leadership of its acting chief, Akhtar Muhammad Mansoor.

The announcement of Omar’s death by Afghanistan’s government, Kugelman adds, could also prove to be a “big-time victory” for the Islamic State of Iraq and Greater Syria (ISIS), which has expanded beyond its home ground in Syria and Iraq into Afghanistan in recent months. “You could argue announcing Mullah Omar’s death amounts to a recruiting tool for [ISIS],” he says, with the confirmed exit of Omar allowing ISIS to lure disaffected Taliban militants who were already concerned about his absentee leadership as foreign troops exited Afghanistan.

“I think you could have large numbers of these militants moving over to ISIS,” he says. 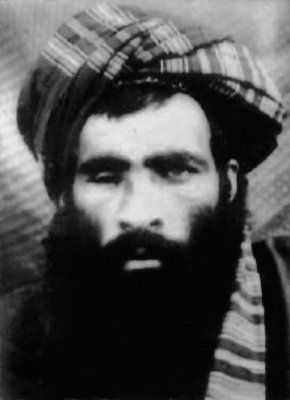 Taliban's Mullah Omar Died 2 Years Ago
Next Up: Editor's Pick