The Trumpification of Congress

People walk past posters supporting politician Ted Cruz put up by the 'StandWithUs' group during a rally calling for the rejection of the proposed Iran nuclear deal outside the Federal Building in Los Angeles, California on July 26, 2015.
MARK RALSTON—AFP/Getty Images
By Jay Newton-Small

Love him or hate him, there’s no denying that Donald Trump’s bombastic brand of establishment-hating populism is succeeding: he’s leading in the polls and in media attention. So, perhaps it’s not surprising that some Republicans in Congress are following his example.

On Tuesday, an obscure second-term Republican congressman from North Carolina, Mark Meadows, filed a motion to try and force House Speaker John Boehner from his post. The measure is more than likely to fail, but the move earned Meadows instant media recognition, numerous cable news appearances and instant notoriety.

Meadows isn’t the only one causing congressional GOP leaders headaches these days. During a rare weekend session forced in part by Texas Sen. Ted Cruz, Senate Majority Leader Mitch McConnell smacked down efforts by Cruz and fellow Tea Partier Sen. Mike Lee of Utah to hijack the amendment process on a transportation bill. The duo had hoped to force votes to defund Planned Parenthood and block President Obama’s deal with Iran but McConnell squashed them, going so far as to distribute an e-mail from a Lee staffer to every Republican senator showing that the pair only sought to play politics with the system, not work for solutions.

“To see the so-called Republican leader whip against allowing a vote to defund Planned Parenthood,” Cruz railed to reporters outside the Senate chamber, “makes clear that the McConnell-[Democratic Senate leader Harry] Reid leadership is united in favor of Big Government.”

Cruz, Lee, Meadows and Trump have one thing in common: their disdain for the Republican establishment. All four are seeking to harness discontent within the GOP base to their advantage. And that discontent pays: all four have raised millions of dollars and each bomb they drop earns them more money, more infamy and more attention—all great things whether one is running for president or fending off a primary challenge in 2016.

The idea of committing some incredible antic or uttering an outrageous statement and then running online to monetize it isn’t a new strategy in Washington. As Michael Scherer and I wrote six years ago, members like Michele Bachmann and Alan Grayson had already honed the online money bomb. What’s new here is the target: leadership.

The problem with this strategy is that it heightens dysfunction in a city where dysfunction has already hobbled the system. McConnell will likely get through a long-term extension of the transportation bill this week, but the House won’t be able to pass that bill so quickly. So both chambers will have to pass a three-month stop gap by the end of the week to give Boehner more time to corral his recalcitrant rank and file on the larger bill.

And if getting a transportation bill through is this tough, what’s facing Congress in the coming months is even more daunting: a potential government shut down and default on U.S. debt. McConnell and Boehner better have some aces up their sleeves. Because as Meadows, Cruz and Lee have shown this week, there’s never been more incentive to play the Trump card. 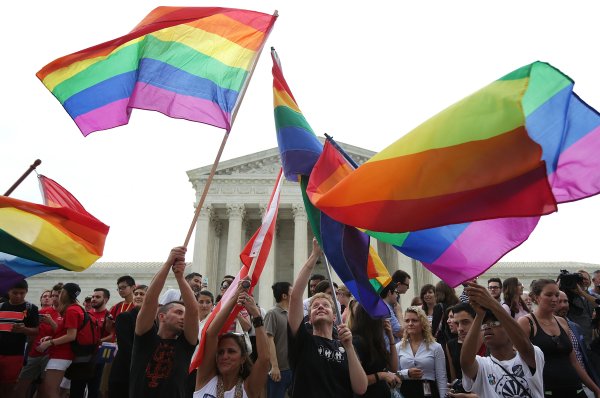