Is Hillary Clinton in trouble for having government secrets on her private email server?

Last week, the inspector general for the U.S. intelligence community concluded that some of the emails Clinton and others exchanged on her private server while she was Secretary of State contained classified information.

But the consequences of that revelation were muddied early on by erroneous reports of a request for a criminal inquiry from the Justice Department and by official disagreement over when and whether the information in the emails was actually classified.

Legally, the question is pretty clear-cut. If Clinton knowingly used her private server to handle classified information she could have a problem. But if she didn’t know the material was classified when she sent or received it she’s safe.

There are several laws that make it a criminal offense knowingly to reveal or mishandle classified information. The main one, 18 USC 1924 reads:

Clinton has explicitly and repeatedly said she didn’t knowingly send or receive any classified information. “The facts are pretty clear,” she said last weekend in Iowa, “I did not send nor receive anything that was classified at the time.” Intelligence Community Inspector General I. Charles McCullough III, disagrees, saying some of the material was in fact classified at the time it was sent. But in his letter last week to Congressional intelligence committee leaders, McCullough reported that, “None of the emails we reviewed had classification or dissemination markings.” And there has been no indication Clinton knew she was sending and receiving anything classified.

The public doesn’t yet know the content of the classified emails, and the State Department and the inspectors general have tens of thousands still to review. If evidence emerges that Clinton knew she was handling secrets on her private server, “She could have a problem,” says William Jeffress, a leading criminal trial lawyer at Baker Botts who has represented government officials in secrecy cases. Barring that, says Jeffress, “there’s no way in the world [prosecutors] could ever make a case” against her.

Clinton also has to worry about government rules for handling secrets. In December 2009, President Obama signed Executive Order 13526, which renewed the long-running rules for classifying information and the penalties for revealing it.

Under that order, agency heads like Clinton are responsible for keeping secrets safe throughout their departments. And all officers of the government can be suspended, fired or have their security clearance revoked if they “knowingly, willfully, or negligently” disclosed secrets or broke the rules in any other way.

Was Clinton negligent in setting up her private email server and communicating with State Department staff exclusively on it? Says Steven Aftergood, a secrecy expert at the Federation of American Scientists, “The material in question was not marked as classified, making it very hard or impossible to show negligence.”

With 16 months until the 2016 presidential election, Clinton’s opponents will certainly try. And with tens of thousands of emails still to be reviewed, they’ll have plenty of material to work with. 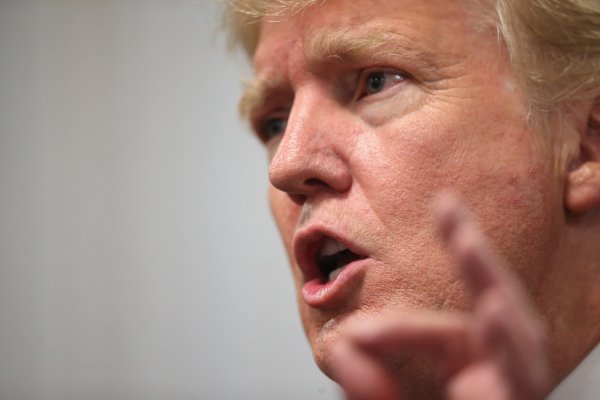 Donald Trump Applied to Trademark 'Trumpublican' and 'Trumpocrat'
Next Up: Editor's Pick