University of Cincinnati police officer Ray Tensing has been indicted on murder charges for the shooting of Samuel DuBose, an unarmed black man, during a routine traffic stop on July 19.

Hamilton County Prosecutor Joe Deters announced the indictment in a press conference on Wednesday. Shortly afterward, Tensing voluntarily turned himself in and will be held overnight in the Hamilton County Justice Center before he is arraigned Thursday morning.

“I’m treating him like a murderer,” Deters, who is calling for life imprisonment for Tensing, said.

After the indictment was announced, University of Cincinnati fired Tensing, according to university officials.

The indictment marks the first of a Cincinnati police officer for killing a civilian, according to Deters. He called the shooting “senseless” and offered his condolences to DuBose’s family.

“This is the first time that we thought: ‘This is, without question, a murder,'” Deters said.

Stuart Mathews, who is representing Tensing, said he was “stunned” by the murder charge.

“I don’t believe there was any criminal activity that occurred by Officer Tensing,” he told TIME. “Murder is about as serious as it gets. In Ohio, murder is purposefully causing the death of another and there was no purposeful causing of death here.”

Tensing stopped DuBose, 43, at an intersection near the University of Cincinnati campus for driving without a front license plate. According to UC Police Chief Jason Goodrich, Tensing asked for a driver’s license, which DuBose did not provide. According to Tensing, he was dragged down the road when DuBose began driving away. Tensing then fatally shot DuBose once in the head, according to the police report.

Deters says that according to the body-camera video footage, which was released during the same press conference on Wednesday and that Deters said was “invaluable” to the investigation, Tensing’s account was false. Without the body camera evidence, Tensing could have continued to falsely assert that he had been dragged.

“He was not dragged. If you slowed down this tape, you see what happened,” he said. “People want to believe that Mr. DuBose had done something violent towards the officer. He did not.”

“My son was a righteous man. Seeing that video let me know that my son did absolutely nothing,” she said. “There are a lot of [police] murders that go unsolved. My son was killed by a cop. I’m so thankful that everything was uncovered. With this, I can rest.”

Tensing was on paid administrative leave up until the indictment was announced, at which point he was fired by the university.

When asked what Tensing should have done in the scenario, Deters articulated that the stakes were not high enough to justify the use of a weapon.

“If he’s starting to roll away, seriously, let him go,” he said.

Deters was quick to point out that Tensing is not a Cincinnati police officer and said this would never have happened with one of their officers. According to Deters, Tensing lost his temper when DuBose did not immediately step out of the car. He said it took Tensing “maybe a second” to shoot DuBose.

“It’s ridiculous that this would happen,” Deters said. “I feel so sorry for his family and what they lost.”

Deters also said the current Black Lives Matter movement against police violence towards people of color in urban communities did not play a role in the indictment.

“I have paid attention to some of the protests about this,” he said. “It didn’t affect my decision in any fashion.”

DuBose’s funeral took place on Tuesday, with more than 500 people packing the pews to honor the memory of the former rapper and music producer.

People have been demonstrating since DuBose’s death and his family urged activists on Wednesday to continue the fight peacefully.

“All the soldiers who were out there marching with me for justice for my son, I thank you,” Audrey DuBose said “And I hope that you continue to do this. Not just for my son, but for many others. And I’m ready to join the battlefield because my heart goes out for so many.” 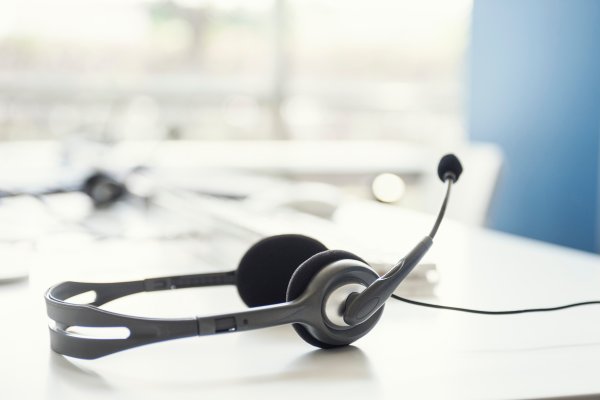 911 Dispatcher Tells Caller to ‘Deal With It Yourself’
Next Up: Editor's Pick