Hillary Clinton on Tuesday called the undercover videos of a Planned Parenthood official discussing aborted fetal tissue “disturbing,” though she defended the women’s health organization in an interview with the New Hampshire Union Leader.

“I have seen pictures from them and obviously find them disturbing,” the frontrunner for the Democratic presidential nomination said in an interview with the newspaper.

Texas Sen. Ted Cruz is among the Republican presidential candidates seeking to make this a 2016 issue as well. “I call upon mainstream reporters to ask Hillary Clinton if she supports Planned Parenthood’s sale of body parts in direct violation of federal criminal law,” he said, according to Politico. 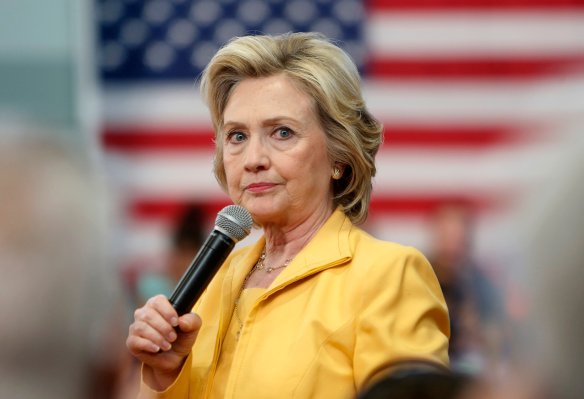 Hillary Clinton Avoids Taking a Stance on Keystone Pipeline
Next Up: Editor's Pick