People for the Ethical Treatment of Animals (PETA) called for the execution of the American dentist who killed Cecil the lion in a statement Tuesday condemning the shooting.

“Hunting is a coward’s pastime,” said PETA President Ingrid Newkirk in the statement. “If, as has been reported, this dentist and his guides lured Cecil out of the park with food so as to shoot him on private property, because shooting him in the park would have been illegal, he needs to be extradited, charged, and, preferably, hanged.”

Walter James Palmer, a U.S. citizen from Minnesota, allegedly paid $50,000 to kill Cecil, a 13-year-old male lion, on a game-hunting trip to Zimbabwe. Palmer has said that he “relied on the expertise of my local professional guides to ensure a legal hunt.”

Newkirk is far from the only person to condemn the shooting of Cecil. Jeffrey Flocken, who leads the International Fund for Animal Welfare’s North American branch, said in a blog post that the incident was a “sad reminder of what greed and exploitation of wildlife can lead to.” Even late night comedian Jimmy Kimmel chimed in, devoting a segment on his show to the lion killing and at one point tearing up while discussing the death.

“The big question is ‘why are you shooting a lion in the first place?'” said Kimmel. “How is that fun?” 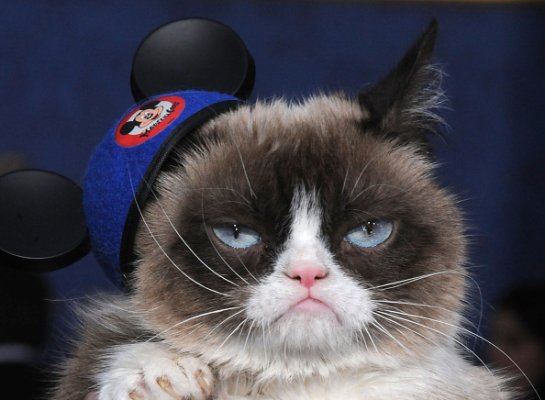 This Pouting Puppy Might Be the Internet's New Grumpy Cat
Next Up: Editor's Pick