My Husband Raped Me

My story starts like a lot of people’s stories. I had a whirlwind romance and married a man I put all my trust in. We had a happy marriage for a few years, and then we began to drift apart. Our lives were consumed by everyday events — children, school, work, sports — which meant we were a typical married couple working on raising a family and living a normal life.

Seven years into our marriage, I started having memory and fatigue issues. Strange things would happen to me and I couldn’t remember how. One night, I woke up with a dissolving pill in my mouth. I had no recollection of taking a pill and was very confused. Another night I woke up with my clothes off. That was strange, since I wear clothes when I sleep and could not remember taking them off. I began to worry that I was sleepwalking.

I was also experiencing a weird taste when I slept. It was very bitter, like that lingering awfulness in your mouth when you don’t get an aspirin down in the first swallow. After a while, I started tasting the same thing in my drinks. I thought there was something seriously wrong with me.

One night, I woke up to my husband standing over me with something strange in one hand and a flashlight, shining in my face, with the other. As he scurried away he tried to hide something under the mattress. After a physical confrontation, I was able to retrieve what was hidden. Under the mattress was a vial with a cloudy liquid inside. I asked what it was and what was he doing with it. He admitted that he had been dissolving Xanax and/or Ambien and administering it to me while I slept. Of course I asked why and he told me he thought I needed the drugs so I could get more sleep. Confused, I begged him to stop. He agreed to stop and I trusted that he would.

Over the next few years, I caught him multiple times administering the same white cloudy liquid to me. I confronted him over and over again, pleading for him to stop. He always had a way to make me believe that he would stop, that he was just looking out for my best interest.

One day, my husband left his phone at home. I had had suspicions that maybe he was involved in something shady so I decided to investigate. I found something on that phone that would change my life forever: video taken by my husband of him having sex with me while I was passed out cold. There were three videos in total and in each one I looked like I was dead. I panicked.

How did I not know this was happening to me? How did I not wake up when this was going on? I couldn’t wake up! I had been drugged with the white cloudy liquid that my husband administered to me countless times before. He would give me such a large amount of the drug that I would pass out and not wake up, for any reason. I was in a deep, drug-induced sleep. How many times had this happened? I had no idea. I was so disgusted, confused and afraid. I had always known that something wasn’t right, but I never had any proof until now.

I kept a copy of the videos and confronted my husband. He acted like he had done nothing wrong and then he somehow manipulated me into believing that no one would believe me, even with the video. Very soon we were divorced. He moved out and away from me. Even though I could move on with my life, I always felt like I should do something, tell someone, let the world know that this extremely messed-up thing happened to me. I tried to shake those feelings off and concentrate on moving on. I would read self-help books, go to support groups and see a counselor regularly.

One day, my son and daughter were supposed to go with their father for their weekend visit. My son would be gone most of the visit on a school trip and my daughter would have been left by herself with her father. All of a sudden, I felt like my brain opened up and I finally realized that what my husband did to me was 100% wrong. If he could do something that horrific and horrible to his own wife, then he could do it to anyone, including my daughter. It was then I knew that I needed to turn him in to the police for what he had done. He needed to be exposed for the monster that he was.

I turned the copy of the video I had into the police and told them my story. For the next three years, I fought this man who I once trusted with my life. I had to fight him in the criminal court for his disgusting acts toward me and also in civil court over my children.

Finally in the spring of last year, the jury trial came to an end: my husband was convicted of six Class B felonies, including rape and criminal deviant conduct.

I was finally free — free of his lies, his manipulation and his dark cloud. I could finally move on knowing that I would be safe. This man could not hurt me or my children.

Or so I thought.

Two weeks later was his sentencing hearing — and we received the biggest shock of the trial. Although he was convicted of those six felonies, he would not spend any time in jail. He would be put under house arrest, essentially free and able to live on without going to prison.

How could that be? How could someone be convicted of such violent crimes and not serve any time in prison?

And while the judge was giving the gift of no prison time to my ex, he told me that my ex may have been a crappy husband, but he was a good father and that I should “forgive him.”

Excuse me, sir. This man raped me multiple times over many years. Rape doesn’t make him a crappy husband — it makes him a criminal.

I was devastated. I could not believe that one judge could destroy all the hope that I had that justice would be served. I went into a deep depression and tried to hold on to the hope that I would be able to move on and live my life unafraid. No such luck.

Two months later, my ex violated his house arrest. He was finally sent to prison, this time with a five-year sentence — and was let out a few months ago.

I have come forward to tell my story to highlight the issue of marital rape. My case brought up lots of conversation about the law, and whether or not marital rape is illegal. It is, in all 50 states. Some people, like Donald Trump’s lawyer, seem disbelieving. Some people wonder, understandably, how can a man rape his wife. My story tells you how. Regardless of your marital status with regard to your rapist, if there is no consent, it is rape. When a person is convicted of rape, they should receive a sentence that fits that crime. Unfortunately, in my state, rapists’ sentences are handed down by judges who can decide how harsh — or not harsh at all — they will be.

Today, I am still trying to overcome the depression that comes with the shame and disgust that I feel when those videos pop into my head. I try every day to stay positive and to achieve something toward my goal of changing the way people view rape, and especially marital rape. I need to make sure that this story is heard by other women in similar situations. Maybe they will find the courage like I did to come forward, and to make sure their attacker is held accountable for their actions.

If I can continue to bring the issue of marital rape to the forefront of conversation, then maybe I can help make changes in sentencing laws for convicted rapists. If my story helps one person, it is a story worth telling.

Mandy Boardman is a mother and a small-business owner in Indiana. 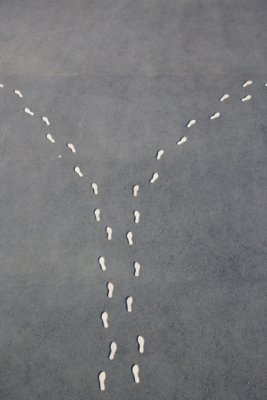 39 Books to Help You Make Decisions in Life
Next Up: Editor's Pick