'Here's Why Deflategate Is Still Ridiculous'

Not-so-great news, football fans: as training camps kick off this week, pressure gauges and needles are still a hot topic. Did you ever think, upon waking up the morning after the AFC championship game in January, a Patriots romp over the Colts, and hearing about New England possibly deflating footballs, that a few months later this silly-sounding scandal would result in the NFL suspending its Super Bowl MVP, best player, and biggest celebrity for a quarter of a season? That NFL commissioner Roger Goodell would hand down the original four-game suspension to Tom Brady back in May, refuse to recuse himself as appellate judge, and uphold his original ruling upon appeal? That the story of the 2015 NFL season now involves injunctions and smashed cell phones and lawsuits?

Seemed ridiculous at the time. But then again, the NFL seems to specialize in off-field rumpuses. Below are four takeaways from the NFL’s decision to uphold Brady’s suspension.

1. The NFL Created This Mess. Fundamentally, the NFL volunteered to make this a scandal. First off, if mucking with air pressure gives a player a competitive advantage—as Goodell’s decision released Tuesday afternoon contends—then why didn’t NFL rules dictate that someone keep a close eye on the game balls before kickoff? (The NFL is correcting the flaw this year, an acknowledgement that the old policy made little sense).

As Ted Wells’ Delfategate report points out, the Colts gave the NFL office a heads-up about their suspicions that the Pats were deflating footballs. So why didn’t the NFL issue the Pats a warning, or more closely watch the Pats ball attendants to prevent them from allegedly cheating in the first place? And third, why did someone, presumably from the NFL camp, leak PSI information—which turned out to be wrong—to the media in the first place, helping propel the scandal in the Super Bowl walkup?

2. Roger Goodell Says Deflation is Like Taking Steroids. To justify the length of the four-game suspension, Goodell likens deflating footballs to inflating your body via steroids, since both presumably offer a competitive advantage. Yes, he went there, comparing shooting yourself up with body-altering substances to letting some air out of a football.

Goodell also notes that, under the Collective Bargaining Agreement, “the first positive test for the use of performance enhancing drugs has resulted in a four-game suspension.” So, Brady’s alleged attempt to cheat should also warrant four games. But where’s the positive test in Brady’s case? Goodell is basing his punishment on circumstantial evidence, but no accepted smoking gun like a positive test. The NFL can punish PED users without a positive test—a so-called non-analytical positive—but this is rarely done. In 2007, New England Patriots safety Rodney Harrison admitted to using a banned substance and was hit with a four-game suspension. But Brady is not admitting to anything. Is this a fair standard for the Pats QB?

3. Tom Brady Needs A Better Cell Phone Plan. In his decision, Goodell said Brady destroyed his cell phone right before investigators interviewed him, so they could not look at potentially incriminating texts. This looks ridiculously suspicious, and will help plenty of fans conclude that Brady is guilty. Brady also said that he regularly smashes phones, and this particular destruction just happened to coincide with the date of the Deflategate interview. This stretches credulity. From the beginning, the NFL has said it offered Brady the chance to cherry-pick any correspondence from his phone to hand over investigators. So why destroy it in the first place?

4. Tom Brady Needs A Grip. One of the weakest parts of the Wells report was its incrimination of Brady based on his mere texts, phone conversations, and meetings with ball attendants after Deflategate broke. Brady wouldn’t communicate directly with them after any other game: suddenly, they’re in constant contact. Must be getting their stories straight, right? That conclusion, however, never felt convincing. If you’re in Brady’s shoes, and you’re a superstar whose clean-cut image is taking a beating because you allegedly cheated, you might be talking to ball attendants more than usual just to find out what the heck is going on. However, according to Goodell’s decision, Brady suggested that they were talking about the upcoming Super Bowl. “I think most of the conversations centered around breaking in the balls,” Brady testified.

Brady turned a weak portion of the Wells report into a strength for Goodell. The commissioner could now say that if breaking in the balls was so important, why didn’t Brady conduct such communication during other regular season or playoff games? Sure, the Super Bowl is important. But it seems off that Brady would suddenly be so fanatical about the grip of the football, to the point that he had to huddle with ball attendants pronto.

Neither the NFL nor Brady did themselves huge favors in this whole appeals process. And it doesn’t look like this story is going away. Where’s Week 1 when you need it? 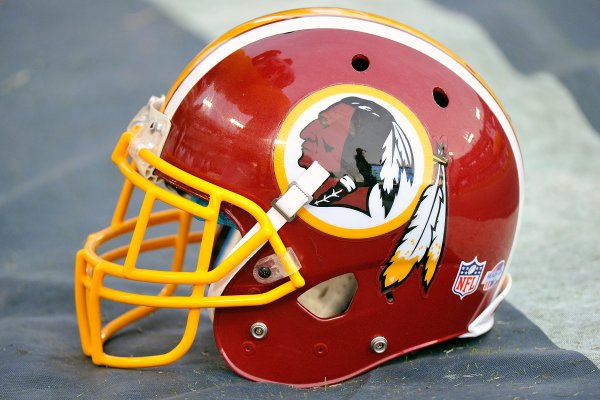