Marvel Will Release a New Netflix Show Every 6 Months

Though the next Marvel film, Captain America: Civil War, won’t premiere until May, more Marvel heroes are coming to your streaming queue—and soon. Netflix announced at the Television Critics Association summer meeting on Tuesday that it will be rolling out a new Marvel superhero series every six months.

Marvel and Netflix teamed up to bring five separate shows to the streaming service, focusing on a group of comic book heroes called The Defenders, a street-level Avengers team. The first in the series, Daredevil, premiered in April. Jessica Jones will be the next superhero to get a Netflix treatment before the end of 2015, followed by Iron Fist and Luke Cage, according to the Associated Press. After each has starred in their own series, all four will join forces for a Defenders show.

The announcement comes as anticipation for Jessica Jones, the first female superhero to headline her own Marvel project, grows. “I’ve been coming to Comic-Con for 12 years, and I think a lot of fans here have been eager to see more women onscreen for a long time,” Dawn Keiser, a 30-year-old Californian told TIME at San Diego Comic-Con in early July. “I was really happy to see the characters Karen and Claire become these heroes on Daredevil, but I really can’t wait for Jessica Jones to be the hero of her own show.”

Krysten Ritter, star of Don’t Trust the B in Apartment 23, will portray the first major female character with superpowers in a Marvel Studios project. Though Captain America character Peggy Carter stars in a 1940s-set Agent Carter on ABC, she has no powers—nor does Black Widow, the only female Avenger in the films. The first Marvel female superhero movie, Captain Marvel, won’t hit screens until 2018.

If the tone of Daredevil is any indication, Jessica Jones and the other Marvel Netflix shows will be much darker and bloodier than the one audiences know from films like Iron Man and The Avengers. 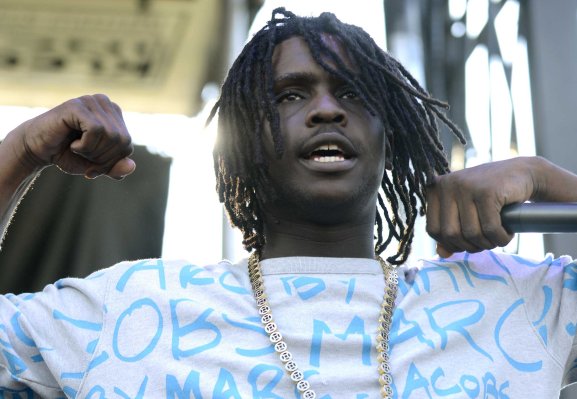 Rapper Chief Keef Wants To Become Mayor of Chicago
Next Up: Editor's Pick