Since its high-profile debut at the Billboard Music Awards in May, Taylor Swift’s “Bad Blood” music video has become a cultural phenomenon, breaking streaming records on Vevo, catapulting the single to the top spot on the Hot 100, and even spawning parody videos.

To capitalize on the video’s popularity—and to entice VMA voters—Swift began posting behind-the-scenes footage from its filming via Instagram. “Bad Blood got a 6TH WEEK at #1 at pop radio!” Swift captioned the footage, which captures the snow scene involving her and supermodel Lily Aldridge. “To celebrate, I’ll be posting some behind the scenes clips of our video shoot. First up: Frostbyte.”

The post comes just days after the public back-and-forth between Swift and Nicki Minaj concerning the VMA nominations, which the network announced July 21.

Check out the behind-the-scenes clip and the video that started it all below. 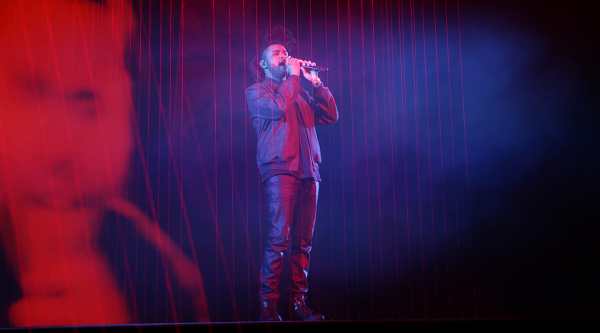 The Weeknd Is Ready For His Close-Up in 'Can't Feel My Face' Video
Next Up: Editor's Pick