Whenever I think about Windows 10, I hear Russell Watson belting the Star Trek: Enterprise theme song: “It’s been a long road, getting from there to here…” The muchballyhooed new iteration of Microsoft’s flagship operating system is indeed here, available July 29 for anyone bold enough to make the leap.

It’s a compelling proposition on paper: A free upgrade for anyone running Windows 7 or 8, and an interface overhaul rife with snazzy new features and tantalizing curiosities, many of them aimed squarely at gamers.

I use Windows for high-end PC gaming and that’s it. If you share that conception of Windows — as the beating heart of a souped up, console-shaming, uber-gaming powerhouse — you’re in good company.

But should gamers upgrade right away? To break that down and explore some of the less well-known angles, I spoke with Stardock CEO (and Windows insider) Brad Wardell, the guy behind recent PC games like Galactic Civilizations III and Sorcerer King, as well as up and comers Offworld Trading Company, Ashes of the Singularity and Servo. Here’s what he told me.

The number one reason gamers should consider Windows 10

DirectX is how games talk to your computer, the crucial “application programming interface” that rests like a byzantine traffic signal between the way a studio wants a game to look and play and the hardware under the hood. DirectX has been with us since Windows 95, and Wardell says DirectX 12, the dozenth iteration of the toolset, is as crucial a rethink as Windows 95 itself was when it debuted two decades ago.

“DirectX 11 and before were all made before we had multicore CPUs,” say Wardell. “So at the end of the day, all your games were talking to your video card via one core.” That, for modern CPUs now readily sporting four, six or eight cores, creates an enormous bottleneck. However fast your video card might be, that single-core limitation means games often wind up log-jammed by the CPU. It’s a head-scratcher Wardell says Microsoft’s finally solved with DirectX 12.

“In DirectX 12, every single one of your cores can talk to your graphics card simultaneously,” says Wardell. “So in our benchmarks, going from DirectX 11-optimized games, we’re seeing between 85% and 300% performance boosts.” Those kinds of leaps, any way you want to slice them, are huge.

Mind you, the game has to be written for DirectX 12, something you won’t see much of as Windows 10 launches. In fact Wardell believes his upcoming Kurzweilian homage, Ashes of the Singularity, a real-time strategy game and potential genre-upender that can juggle thousands of units simultaneously, will be the first. It’s due to be playable via Steam Early Access next month (It’s also, incidentally, the first game with a DirectX 12 benchmark, adds Wardell.)

But it’ll likely have company very soon. Wardell says it’s “not hard” to go to DirectX 12, and that his developers made the shift with relative ease. “These high-end games, like Unreal Engine or CryEngine, you know, your first-person shooters and such, they will probably have DirectX 12 versions very shortly. And when they arrive, we’re talking about a pretty huge, instantaneous performance boost.”

The older your system, the more DirectX 12 matters

It sounds counterintuitive, but Wardell told me the performance gains with DirectX 12 will be greater the slower your CPU is. That, to put it simply, is just a reflection of how big a deal activating all those idle cores turns out to be.

“The older your box, the better Windows 10 is,” says Wardell. “So if you have like a Core i5 [Intel’s mid-range CPU series] with a decent video card, you’ll actually see a bigger gain than if you have some monster Core i7 high-end CPU.”

Again, the game has to be DirectX 12 aware to benefit, but it’s a fascinating, hugely ironic Windows 10 wrinkle that its chief beneficiaries may be gamers running older multicore hardware.

“Because it’s using all your cores, DirectX 12 uses a lot less power,” says Wardell. “Whenever you max out a core, you’re using a lot more power overall than if you’re distributing the load across multiple cores. So that means big power savings, especially for laptop gamers where battery life becomes a vital factor.”

The unanticipated flip side of this, Wardell tells me, is that DirectX 12’s core repurposing could actually harm extreme-end overclocked PCs. “Here’s a sneak preview of the first scandal,” jokes Wardell. “All these people who overclocked their machines could in theory wind up frying their computers, because with all those cores going all out, your PC’s going to run way hotter.”

Windows 10 turns your single video card PC into a twofer

How many video cards do you have in your PC? Think carefully (I didn’t, and told Wardell, who asked me the same question, just one). Wardell reminded me most modern PCs have at least two (not counting extremely high-end systems with cards run in tandem, in which case the number would be three or more).

“Everyone forgets about the integrated graphics card on the motherboard that you’d never use for gaming if you have a dedicated video card,” says Wardell. “With DirectX 12, you can fold in that integrated card as a seamless coprocessor. The game doesn’t have to do anything special, save support DirectX 12 and have that feature enabled. As a developer I don’t have to figure out which thing goes to what card, I just turn it on and DirectX 12 takes care of it.”

Wardell notes the performance boost from pulling in the integrated video card is going to be heavily dependent on the specific combination—the performance gap between integrated video cards over the past half-decade isn’t small—but at the high end, he says it could be as significant as DirectX 12’s ability to tap the idle cores in your CPU. Add the one on top of the other and, if he’s right, the shift at a developmental level starts to sound like that rare confluence of evolutionary plus the letter ‘r’.

Microsoft’s Xbox One is supposed to get Windows 10 at some point yet this year, but Wardell says DirectX 12’s benefits are mostly PC-centric. “This is going to make the PC pull away from the consoles quite a bit,” says Wardell. “It’s not that Windows 10 is so great, by the way, but that Windows 8 and below were nerfed. When the benchmarks start showing up in a week or so, it’s going to be so extreme, I think a lot of people are going to think they’re fake.”

It boots much faster than Windows 7

Windows 8 gamers—the small percentage who made that leap, anyway (Wardell says it’s around 23%)—you can just skip this one, because you’re already enjoying lightning-fast Windows boot times. But if you’ve been living on Windows 7 all this time, Windows 10’s startup times are slightly faster than Windows 8’s, and dramatically faster than Windows 7’s.

It handles windowed gaming much better than Windows 7

In the old days, PC games ran full screen or bust. Attempts to allow windowed gaming were slow or outright glitchy. Not so in Windows 8, and now, for those who’ve been biding their time running Windows 7, Windows 10.

“One of the things that’s a little subtle and not super-sexy, but I care about it, is that with Windows 10, and this is also a Windows 8 thing, you can run your game in a window and enjoy it with full performance,” says Wardell. “That’s a big deal for me, because let’s say I’m playing a game that’s not an action game, I can run the game as a full-screen window and just alt-tab and just instantaneously you’re on the desktop.”

You can stream Xbox One games to Windows 10 PCs

This one works day one, letting you pipe Xbox One games to a Windows 10 PC using Microsoft’s new game streaming technology (and also, like the Xbox One, capture your gameplay DVR-style in compatible games, then upload it to video sharing sites). Microsoft has also announced it’s working on the reverse, letting gamers stream PC games to the Xbox One console.

“I would totally be into that,” says Wardell. “I mean can you imagine what Fallout 4 for the PC is going to look like? Assuming [Fallout 4 developer] Bethesda doesn’t intentionally nerf it, the difference between the PC and console versions should be massive.”

You can see all your Xbox Live stuff

I have mixed feelings about this as a reason to upgrade, because it’s really just a social networking add-on: the option to scan your Xbox Live profile, gamerscore, achievements and so forth using the new Windows 10 Xbox Live app, as well as chat with your Xbox Live friends from your Windows 10 PC.

The downer, at least for me, is that it reinforces the distance Microsoft’s fallen from its lofty, now bygone Games for Windows push, back when the company boldly aspired to merge its Windows and Xbox ecosystems. Steam, at this point synonymous with PC gaming, pretty much eliminated hopes of Windows games feeding achievement stacks and gamerscores. Windows 10’s arms-around-the-Xbox-One strategy is still, in the end, about peering into the latter’s vibrant ecosystem from the outside.

I’ve saved the most obvious and broadly hyped perk for last: If you own Windows 7 or Windows 8, upgrade versions or full, you can pick up Windows 10 for nada, so long as you do so by the end of July 2016 (it’s free to Windows 7 and 8 users for one year, in other words). 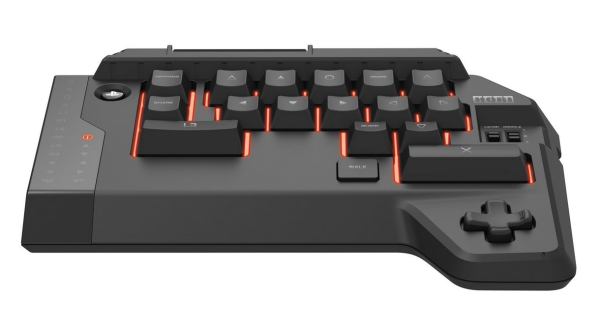 The PlayStation 4 Is Getting a Very Old-School Accessory
Next Up: Editor's Pick