Obama: If I Ran for a Third Term, I Could Win

President Obama said that if he could run for a third term he thinks he would win, while calling for African leaders to adhere to term limits during a historic speech before the African Union.

“I actually think I’m a pretty good president. I think if I ran, I could win. But I can’t,” Obama said in Ethiopia on Tuesday. ” There’s a lot that I’d like to do to keep America moving, but the law’s the law.”

President Obama addressed his third term viability while calling on African leaders to step aside when their terms end on Tuesday. During his speech, the first by an American president before the African Union, Obama said when a leader “tries to change the rules in the middle of the game” in order to stay in office it puts a nation’s stability and the future of Democratic progress across the continent at risk. Obama specifically noted recent elections in Burundi, where President Pierre Nkurunziza won a third term. The United Nations has said those elections occurred in an environment that was not “not conducive for an inclusive, free and credible electoral process,” according to the Associated Press.

” The point is, I don’t understand why people want to stay so long. Especially, when they’ve got a lot of money,” Obama said Tuesday, during the final stretch of his historic trip to two African countries. “And sometimes you’ll hear a leader say ‘I’m the only person who can hold this nation together.’ If that’s true, then that leader has failed to truly build their nation.”

Though Obama admitted he thinks he’s done a good job at the helm — something about 49% of Americans agree with, according his most recent CNN approval ratings — he didn’t hesitate to list off the freedoms he’ll gain back when he leaves office.

“I’m looking forward to life after being president,” Obama said. “I won’t have such a big security detail all the time. It means I can go take a walk, I can spend time with my family, I can find other ways to serve. I can visit Africa more often.” 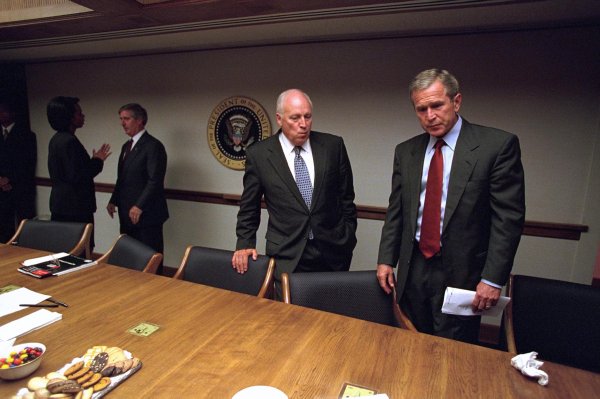 See How the Bush Administration Responded to 9/11
Next Up: Editor's Pick