India continued to mourn one of its most beloved Presidents and iconic leaders on Tuesday, as tributes and condolences poured in for A.P.J. Abdul Kalam following his sudden passing Monday evening.

The Indian government declared a seven-day state mourning until Aug. 2 during which national flags across the country will be flown at half-mast, the Press Trust of India news agency reported.

Kalam, 83, collapsed from an apparent cardiac arrest while delivering a lecture to a group of students in India’s northeastern city of Shillong and was declared dead at the hospital about two hours later. His body was flown to the country’s capital, New Delhi, on Tuesday afternoon, where it was received by the chiefs of all three military branches as well as several politicians including Indian Prime Minister Narendra Modi and current President Pranab Mukherjee. It will then be taken to his residence in the city in order for people to pay their respects before being flown to his hometown Rameshwaram, in the southern state of Tamil Nadu, for the last rites, Indian broadcaster NDTV reported.

Modi earlier mourned Kalam’s loss on Twitter, calling him “a great scientist, a wonderful President and above all an inspiring individual.”

Mukherjee, who took office after Kalam’s successor Pratibha Patil, also tweeted a heartfelt tribute before announcing that he would make an unscheduled return to New Delhi from his tour of the country’s south.

Although the office of the President in India is a largely ceremonial one, with the Prime Minister as the de facto head of state, Kalam used his tenure to reach out to the masses — India’s youth in particular — which earned him the moniker the People’s President.

He is also commonly referred to as the Missile Man of India, a reference to his role in shaping India’s missile program during his tenures at India’s space and defense-research agencies respectively from the 1960s to the 1990s. He was also a key player in India’s emergence as a nuclear power, playing an integral part in the country’s infamous nuclear tests of 1998.

Few Indian leaders in the 21st century enjoyed the kind of popular support experienced by Kalam, evidenced by the near-unanimous backing of his election as India’s 11th President in 2002 among all the parties across India’s fractious political spectrum, as well as the overwhelming outpouring of grief at his death.

Born in a small town in Tamil Nadu in 1931 to a boatman father, Kalam always encouraged young people to follow their dreams and genuinely believed India could be the next superpower. He advocated as much through his best-selling books like India 2020: A Vision for the New Millennium and Ignited Minds: Unleashing the Power Within India, as well as his iconic autobiography Wings of Fire.

“My message, especially to young people, is to have courage to think differently, courage to invent, to travel the unexplored path, courage to discover the impossible and to conquer the problems and succeed,” he once said. “These are the great qualities that they must work towards.” 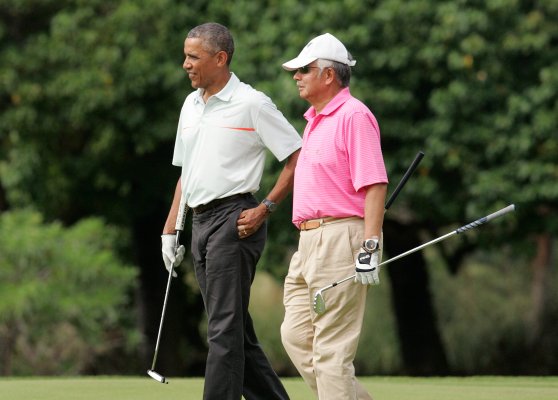 5 Reasons Why Obama Should Steer Clear of Malaysian Prime Minister Najib Razak
Next Up: Editor's Pick