A Boy Scout wears a sash displaying his earned merit badges at a ceremony in New York City. The merit badge sash is worn by a Boy Scout during formal activities and events and not during Troop meetings or campouts.
Robert Alexander/Getty Images
By Sarah Begley

The Boy Scouts of America’s decision on Monday to lift a ban on openly gay adult leaders and employees has “deeply troubled” the Church of Jesus Christ of Latter-day Saints, that institution announced.

The church has had a formal relationship with the Scouts since 1913, and organizes its own troops in Mormon communities. As of 2010, the Church’s troops counted 142,085 Cub Scouts and 205,990 Boy Scouts.

Now, the church said in a statement, it will be reevaluating the relationship with the Scouts. “The Church has always welcomed all boys to its Scouting units regardless of sexual orientation,” the organization wrote. “However, the admission of openly gay leaders is inconsistent with the doctrines of the Church and what have traditionally been the values of the Boy Scouts of America.”

Members of the church’s governing councils are not in the office at this time of year, but will meet in August to “examine” the relationship with the Scouts. 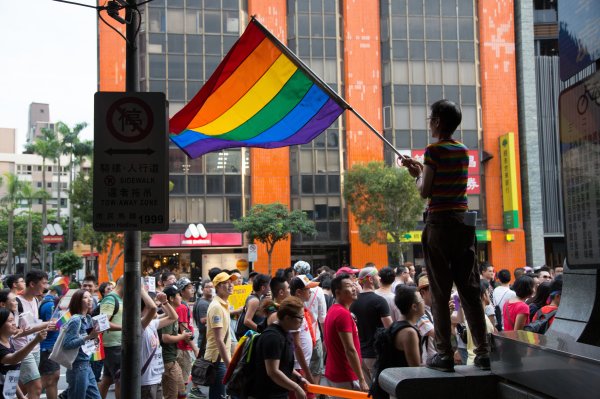 LGBT Workplace Discrimination Is Illegal: EEOC
Next Up: Editor's Pick