Christopher Meloni: Playing Gene in the Wet Hot Prequel 'Was Like Going Home'

When we first meet Gene in the 2001 movie Wet Hot American Summer, he is a bearded, bandana-sporting summer camp chef running his kitchen with all the intensity of a military commander. When we meet him again in Wet Hot American Summer: First Day of Camp, the movie’s Netflix prequel premiering July 31, he appears ready for the yacht club: clean-shaven, elegantly coiffed and sweater-vested.

Throughout his career, Meloni has deftly traversed the comedy-drama divide, as heartbreakingly hilarious playing out Gene’s sexual preference for inanimate objects as he is convincing in the role of Pascal, ex-stepdad to the titular teenage girl in the forthcoming drama The Diary of a Teenage Girl (Aug. 7), in which he stars opposite Bel Powley and Kristen Wiig.

Meloni recently spoke to TIME about the staying power of a cult classic, his own summer camp experience and life since leaving SVU.

TIME: What’s it like to return to a character you played more than a decade ago?

Christopher Meloni: It was like going home. I really enjoy working with these guys. Gene is always sweet to go back to because he’s such a nut and people seem to enjoy him.

For fans of the movie, so much of the appeal of First Day of Camp is seeing this all-star cast reunited after all this time. What was the atmosphere on set?

Like we’d seen each other last Tuesday. Didn’t miss a beat. It was a little more compartmentalized because people are a little busier now with their careers than they were 15 years ago. I didn’t get to see probably 90% of the people who are in the movie. But I got to work with my boys Ken Marino and Joe Lo Truglio, and Molly Shannon and Janeane [Garofalo].

After the movie was released in 2001, it gained a sort of obsessive cult following. To what do you attribute its staying power?

Did you go to summer camp as a kid, or were you ever a counselor?

I went one year.

No, because it was all boys, to begin with. And I had to go there in lieu of summer school. So it was kind of a drag because I had to do school work.

What’s it like to act opposite a can of vegetables?

I imagine it’d be like the same thing as working with Olivier, just a little shinier.

Without spoiling Gene’s backstory, what was your reaction to reading the script and finding out how he got to be the way he is?

What I appreciate about reading [Michael] Showalter and David Wain’s stuff is I can never guess where it’s coming from or where it’s going to go. It’s like being a three-year-old and being led by a hand through a funhouse.

In the trailer, you do a pretty impressive split. Did you have to train for that?

I’m pretty flexible. I took martial arts for many years and I’ve kept my flexibility somewhat. That was my idea—a subtle homage to a Jean-Claude Van Damme movie.

How much did you stick to the script, and how much was improvised?

In my case there wasn’t a lot [of improv]. The absurdity is right there on the page. I didn’t feel a need to spice it up too much.

Speaking of working out, it’s been about a year since you were voted best butt on primetime—

I’m pretty sure I saw you discuss it in an interview. I just wanted know if you felt a lot of pressure to keep your place in the rankings?

I think I feel the same type of pressure as maybe a curator of a World Heritage Site might feel to keep the authenticity or integrity of, say, some classic building.

That’s a lot of pressure.

Yeah, I think so.

Switching gears to a slightly more dramatic role, in The Diary of a Teenage Girl, you play Pascal, the former stepfather to Minnie (Bel Powley), and arguably the only responsible adult looking out for her and her sister. What attracted you to that role?

What drew me to it was the script. It was a really solid, tight, harrowing journey, and I appreciated the specificity of what each character represented. [Working] with the director, Marielle [Heller], was one of the most satisfying experiences I’ve had. It was a real honor to watch everybody do their work, whether it was the cinematographer or the set designer. And I like Pascal’s place in the whole storytelling.

What’s it like to be in a movie that so closely examines the sexuality of a teenage girl, being the real-life father of a teenager?

That didn’t strike me in a difficult place. I examined it from, how does a person without structure navigate the world? And it’s a chaotic personal world—the mother’s in chaos with her boyfriend and all the drugs. The idea of sexuality doesn’t scare me, but when it becomes scary is when you assume children are mature enough to figure it out on their own without any structure or guidance.

You played Elliot Stabler for more than a decade on Law and Order: SVU. What’s it like to inhabit the same character for such a long time?

It was a nice run, far more ups than downs. It just got a little more difficult toward the end. But you ask any actor if he’d like a steady job for 12 years, I think 99% of them would jump at it.

Was it hard to say goodbye to Elliot?

Oh yeah, and I knew it would be. It’s saying goodbye to everything, to people that you’ve worked with. I started out as a married man with this person and all of a sudden I’m a family man. I grew up as a family man being this guy. It was a wonderful journey.

Would you return for SVU: First Day in Court if they made it in a decade? 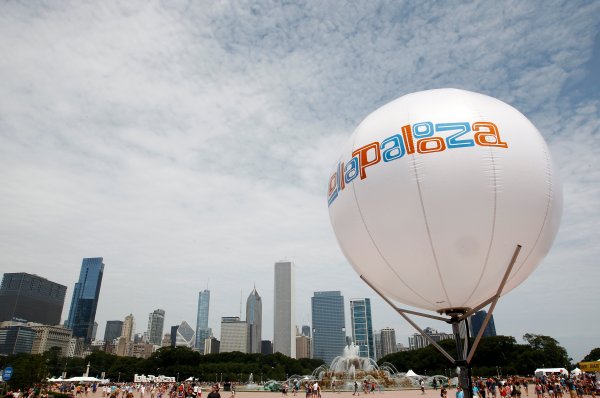 No Lollapalooza Tickets? Here's the Livestream Schedule
Next Up: Editor's Pick