Residents of Oklahoma experienced an earthquake on Monday, according to the U.S. Geological Survey.

At around a little past 1 p.m., the state experienced a 4.5 magnitude earthquake near Crescent, Oklahoma in Logan County, local news reports. A 4.0 earthquake was also reported slightly earlier at 12:49 p.m.

So far there are no reports of major damage.

The Rocky Mountain region is infrequently hit by earthquakes, according to the U.S. Geological Survey, which will be monitoring any further seismic activity. 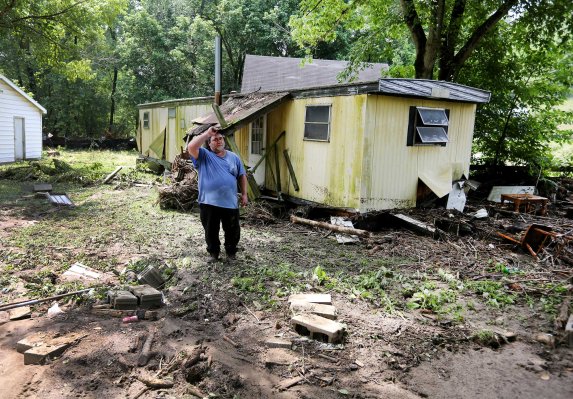 Pregnant Mom Swept Away in Ohio Floods
Next Up: Editor's Pick