Sad news for waffle lovers and New Hampshire commuters: traffic was backed up near Keene, N.H., after a truck carrying maple syrup started leaking onto the highway.

Thankfully, only 75 of the 220 gallons of syrup the truck was carrying leaked, the Keene Sentinal reports. The driver, who says he doesn’t know what caused the leak, was driving through New Hampshire when officials from the state’s transportation department alerted him to the sticky situation.

Whose job is it to clean up maple syrup anyway? That responsibility has fallen to the fire department, which is using tarps and sand to clean up the syrup, CBS reports. 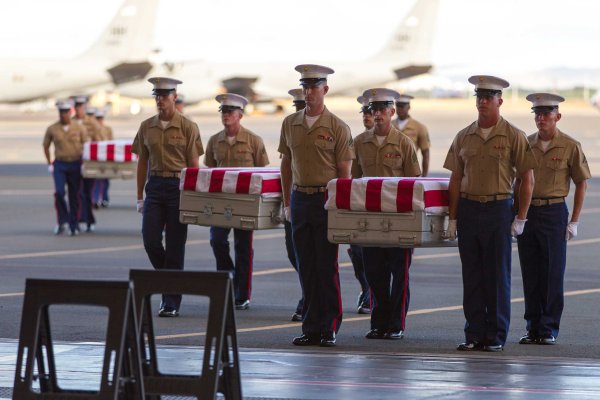 Remains of Missing WWII Marines Brought Back to Pearl Harbor
Next Up: Editor's Pick