The Evolution of Modern Satanism in the United States

This weekend, hundreds of adherents and observers flocked to a Detroit warehouse to witness the unveiling of a statue erected on behalf of the Satanic Temple. As organizer Jex Blackmore told TIME, the Satanic Temple isn’t quite a religious organization, but rather a group of people who prioritize human logic. One of the meanings of the monument, Blackmore added, is to celebrate “a reconciliation of opposites”—particularly in relation to the public display of monuments of other faiths.

But, though the new statue has earned the Satanic Temple a fresh round of attention, Satanism has a long tradition.

In the early 1970s, interest in the occult in American culture was so high that TIME devoted a cover story to the topic, and a large portion of it was focused on Satanism. As the story pointed out, the idea of “the Devil” is an ancient one, predating the Old Testament’s coinage of Satan. The early days of Christianity saw the development of a theology about Satan, and an increase of his agency and power in religious stories. Narratives outside the biblical canon expanded that characterization; by the 13th century, Satan was seen to be mighty (and popular) enough to be worthy of condemnation.

“Some of the confessions [in the Inquisition age] must have been sheer defiance: faced with a ruling establishment that was sanctified by the church, a resentful peasantry followed the only image of rebellion they knew—Satan,” TIME posited. “The satanic messiah became especially appealing in times of despair, such as the era of the plague known as the Black Death. Real or imagined, the pact with the Devil may have been the last bad hope for safety in a world fallen out of joint.”

Perhaps for that reason, the Christian Church’s efforts to root out Satanism were not entirely successful. The French aristocracy under Louis XIV was titillated by tales of nude demonic ritual, and the prim and proper Victorian period saw a spike in interest too.

But the existence of Satanists as an organized, public group in the United States is a much newer phenomenon, much of which can be largely traced to one man: Anton Szandor La Vey, author of 1969’s The Satanic Bible. La Vey founded the Church of Satan in 1966 in San Francisco. As TIME explained in 1972, La Vey’s organization was not the scary Satanism of religious imagination:

Though the 1960s and ’70s saw the introduction of several other concepts called Satanism—from actual religious belief, to a credo used to justify criminality—the Church of Satan did not fade away. In 1978, the U.S. Army even included the group in the manual of “Religious Requirements and Practices” delivered to its hundreds of chaplains. (TIME mentioned that the manual explained that Church of Satan devotees might need “candles, a bell, a chalice, elixir, a sword, a gong, parchment and ‘a model phallus,'” but that chaplains would not be expected to supply those materials.) Though La Vey died in 1997, the organization he founded continues without him.

The brand of Satanism on display in Detroit was of a different sort: political Satanism, a more recent innovation. Those activists are associated with the Satanic Temple, a New York-based group that has spent the last few years publicly offering alternatives to more mainstream displays of religiosity. The Satanic Temple sees Satan as a Paradise Lost-inflected metaphor who represents skepticism and the ability to challenge authority. A spokesperson for the Church of Satan told TIME in 2013, for a story highlighting the differences between the two groups, that the newer organization was focused on “politically oriented stunts” that had “cribbed” their philosophy from the more established group. Meanwhile, the Satanic Temple said that its aim was, in cases where religion had been inserted into the public sphere, “to ensure that its view of the world is included.” If the Detroit attendance figures are any indication, they’ve succeeded.

The continued existence of two organizations that claim Satanism for two different functions highlights a point made by John M. Kincaid, the Church of Satan’s minister of information in the mid-1970s: though it may take a variety of forms, interest in mystery and rebellion is timeless. “The need to believe,” he wrote to TIME in 1974, “is as dominant a factor in this so-called enlightened age of ours as it has ever been”—which means those who are skeptical are present and accounted for too.

Read the full story from 1972, here in the TIME Vault: A Substitute Religion 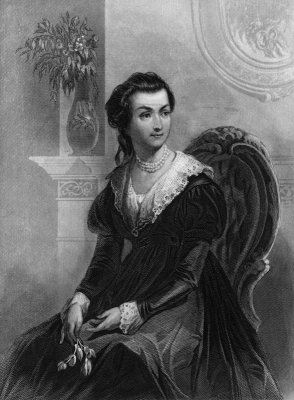