It’s peak mosquito season in the United States, which means the risk for the mosquito-borne West Nile is up. According to the U.S. Centers for Disease Control and Prevention (CDC), the agency sees the most cases of the disease between June and September.

As of July 21, 2015, the CDC reports that 33 states have reported West Nile in people, mosquitoes or animals and there have been 23 cases of West Nile in humans. Though many people with West Nile will not develop symptoms, the disease can cause inflammation of the brain or inflammation of the lining of the brain and spinal chord. Only about 1% of people will develop neurological illness from the virus. Unfortunately there are no drugs or vaccines for West Nile. Cases have been reported in every state except for Alaska and Hawaii.

Given the fact that there’s no cure or vaccine for West Nile, being able to predict when and where the disease could spread in the U.S. before it happens would be a boon for public health experts, and researchers are getting closer to that possibility. In May, scientists at the National Center for Atmospheric Research (NCAR) and the Centers for Disease Control and Prevention (CDC) published their recent findings that showed links between the weather and incidence of West Nile virus nationwide.

MORE: You Asked: Why Do Mosquitoes Always Bite Me?

The researchers analyzed associations between temperature and precipitation and higher prevalence of West Nile virus disease in the U.S. from the years 2004 to 2012. The found notable and consistent patterns among different regions in the U.S. For instance, in the East, a drier than normal fall and spring was associated with an above average number of outbreaks. But patterns looked different in the West. Weather may influence breeding patterns as well as other vectors of the disease like birds.

The researchers are now in the process of using their findings to build a model using climate data to predict the risk of West Nile Virus transmission across the U.S. “If we can predict [West Nile virus] outbreaks, we can target public health messages to high risk regions of the country. And counties will have additional information to use for deciding about when, where, and if they should do mosquito control,” says researcher Micah Hahn a scientist at NCAR and CDC.

According to NCAR scientists Andrew Monaghan and Mary Hayden, who are also working on the model, additional data sets are being considered and implemented to help the model predict the number of cases expected in each U.S. county, including land use data, demographic data, and mosquito maps.

The hope is that the CDC will eventually adopt the model. According to Monaghan, having this information could help the CDC allocate resources to places that are likely going to be the most affected. The researchers want the model to be both informative and easily digestible to the average person. It’s also possible that the model could one day be translated to work for other mosquito-borne diseases in the United States besides West Nile.

Some researchers estimate that a functioning system will be available in about a year. Others involved are more broad in their estimations: “We continue to work on it but it may be several years before we have a validated model that we can use, if we get there at all,” says Dr. Marc Fischer of the CDC. Still, those in the community remain optimistic that such a system is possible, and may be available sooner rather than later. 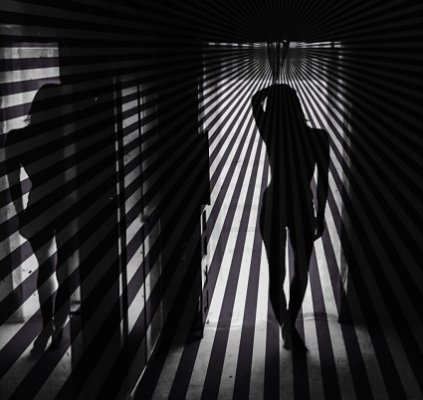 Study: Sex and Violence Don't Sell
Next Up: Editor's Pick