Why Windows 10 Is So Important for Microsoft's Future

Windows 8, Microsoft’s last major operating system, was based on flawed logic. Assuming users wanted to adopt its radical new touch-and-tile based interface, Microsoft made it the default option. A vocal number of Windows users hated it. While a tile-based interface may still be the future of Windows, to push that change on users so suddenly was a mistake, and it significantly hurt Microsoft from a competitive standpoint.

Microsoft’s effort to right those wrongs arrives this week with Wednesday’s launch of Windows 10 (the company skipped “Windows 9”). Windows 10 lets users easily restore the old Windows interface, while simultaneously gently nudging people to try the new style, too. I’ve been using a beta version of Windows 10 for some time, and it feels like a solid operating system. Over time, it will probably help Microsoft CEO Satya Nadella reach his goal of having 1 billion Windows-powered devices on the market by the next two-to-three years.

The biggest hurdle facing Nadella in reaching his goal, however, is convincing app developers to build native apps for Windows 10, which will run on desktops as well as tablets and phones. More software options tends to mean more users, after all. But there are only about 500,000 Windows 8 or 8.1 apps available today, compared to 1.3 million for Apple’s iOS and 1.4 million for the Google-owned Android. If Microsoft wants more software options for Windows devices, it has to convince developers Windows is worth their time.

The company took a big step in that direction last Spring, when it said it would offer tools that make it easier to turn web, iOS and Android apps into Windows 10 software. But it remains to be seen how many developers will actually take Microsoft up on the offer. Any amount of Windows development is a real investment in terms of time and money. To start working on Windows apps, developers must be convinced Windows is a growth market where they’ll see a worthwhile return on their investments.

There’s another challenge facing Microsoft and Windows 10, too: A PC market that stubbornly continues to decline. Recent estimates say personal computer sales shrunk about 10% last quarter, meaning they’ll see somewhere between -3% and -5% growth for the year. That means only about 290 million PCs will ship before January, with Microsoft rival Apple selling about 17 million of them. At the same time, Microsoft’s Windows Phone mobile platform has utterly failed to gain any traction in the handset marketplace, meaning it won’t help offset that dropoff in PC sales.

Still, Windows 10, with its shared interface among devices, is among Microsoft’s most crucial strategic moves. If Microsoft and its partners can ship at least 275 million PCs a year — along with mobile devices, Xbox One units and other devices running Windows 10 — it should be able to reach Nadella’s 1 Billion Devices goal by the end of 2019. And if that happens, Windows 10 could prove to be among the most important software Microsoft has ever released. 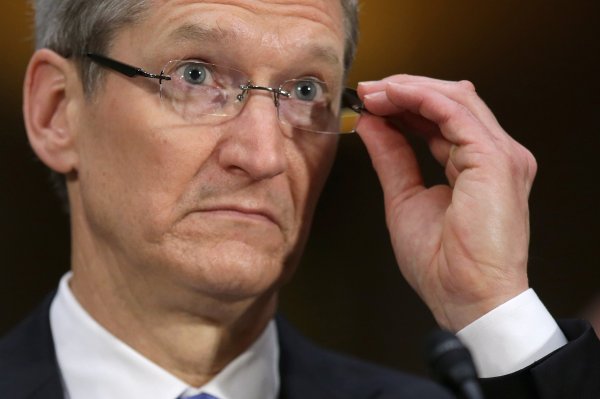 Why Apple's Stock Slide Isn't the Company's Fault
Next Up: Editor's Pick