Avul Pakir Jainulabdeen Abdul Kalam, one of India’s most renowned rocket scientists who served as the nation’s 11th President, died of cardiac arrest on Monday at the age of 83.

Kalam was hospitalized after collapsing during a lecture in the northeastern city of Shillong, local media station NDTV reports. He held long-standing leadership positions for India’s defense and space programs, and was elected President with the ruling Bharatiya Janata Party in July of 2002.

Kalam told TIME in a 1998 interview that he developed an early fascination with flight while growing up on the south Indian isle of Rameshwaram. “Then there were a lot of birds on the island,” he said, “and I used to watch their beautiful flight paths. That got me interested in aeronautics.” 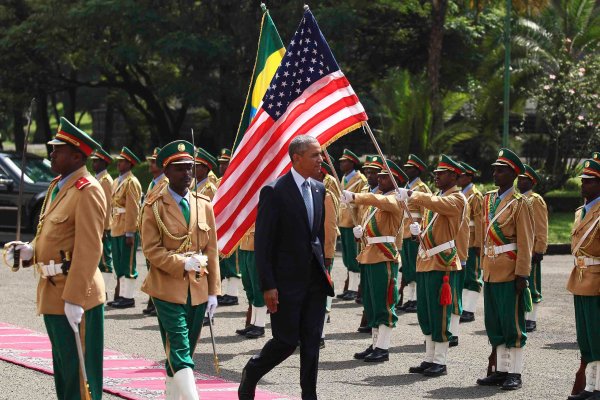 Obama Pays a Visit to Ethiopia
Next Up: Editor's Pick