A logo sits on the front of a Sony PlayStation 4 (PS4) games console, manufactured by Sony Corp., in this arranged photograph taken in London, U.K., on Friday, Nov. 15, 2013.
Bloomberg—Getty Images
By Matt Peckham

On the sales front, the PlayStation 4 rules the roost. Sony’s flagship game console pulled off a high octane launch in late 2013, and it’s since beat both Nintendo’s Wii U and Microsoft’s Xbox One in global systems sold.

It also looks nothing like a first-gen console, designed by architect Mark Cerny to resemble the sort of quiet, elegantly slimline revision we’re more likely to see three or four years into a console’s 10-or-so year lifespan. And that’s without trading down, power-wise.

Here’s a roundup of reasons to consider buying the PlayStation 4, mid-2015 edition:

It has the best versions of cross-platform games

This applies more to earlier games than recent ones, but on balance, cross-platform titles tend to look better on Sony’s hardware. That’s because third-party studios struggled out of the gate to optimize for the Xbox One’s architecture, running into performance snafus that forced them to make visual compromises. If you’re a strict videophile who pores over graphics comparisons at pixel-scrutinizing sites like Digital Foundry, the PlayStation 4 brooks little argument here.

Everyone not tied down by a massive exclusivity deal wants to be on Sony’s hardware. It’s snowball math: the more people buy a game console, the more studios want to develop for it, the more people buy the game console. Sony’s PlayStation 4 soared past 22 million units sold in March—more than twice the Xbox One’s last reported “shipped” figure—and it’s either close behind or in lockstep with Nintendo’s original Wii for the honorific “fastest selling console of all time.” If you want the near-future-proofed game console, it’s the PlayStation 4 by a country mile.

One of the finest action roleplaying games ever made lives on Sony’s system and no other. Its outrageous challenges and endless combat loops won’t resonate with everyone, but if you’re an aficionado of studio From Software’s Demon’s Souls and Dark Souls games, the PlayStation 4 is a slam dunk buy for Bloodborne alone.

Both Sony and Microsoft let you stream video of what you’re doing through services like Twitch, but only the PlayStation 4 lets you invite viewers (who also have a PlayStation 4) to play games you own but that they don’t. Before you shrug because you and your friends are going to buy the same games, consider the “remote assistance” feature, which, if you’re stuck in whatever game, lets you turn control over to a remote player, either in an instructional capacity or to simply get you over the hump.

Sony’s game-streaming technology isn’t the same thing as true backward compatibility, and game streaming can be visually glitchy if your Internet connection hiccups. But since older PlayStation 3 games look diminished on native 1080p resolution TV screens, does it matter? For $20 a month, PlayStation Now gives you unfetteredun access to over 100 PlayStation 3 games, and the list is growing. 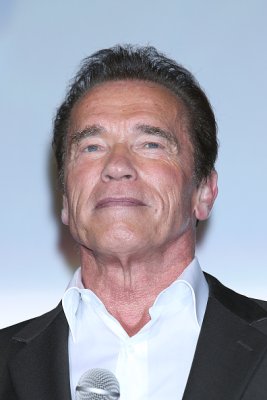