The Benefits of Spending Time Alone, According to Science

I’ve been in two long-term relationships (my first lasted seven years, and I’ve been with my current partner for five), and frankly the time in between, when I was single, was easier for me. So now that I’m paired up again, it’s no surprise that I love doing things on my own. I relish a quiet solo coffee stop or book-browsing session, I love going to the movies by myself, and I also regularly travel on my own as well.

So you might be thinking, who is this woman who already likes to spend time on her own, to give advice to people who are uncomfortable spending time solo? It’s because, at this point, I’m expert at it. I feel absolutely no discomfort sitting by myself at a meal, sidling up to a bar almost anywhere for a beer (even if I’m the only woman), or heading off alone into the woods for a hike. And I think it matters in modern times, when we are growing up in smaller families, marrying later and traveling for work on our own.

Many people are discovering the joys of spending time alone; in this day and age, most of us will experience it, and possibly for long stretches. If solo time is seen as simply a time to “get through” while you’re waiting for a spouse, children or friends to show up, you’re wasting years of your life.

Just recently, in fact, I had the best meal I’ve had all month by myself at Tadich’s Grill in San Francisco. I was walking by, and I spotted a menu that looked like one Don Draper would order from in an early “Mad Men” episode, so I went in and took a seat at the long wooden counter. I drank a perfectly made vodka martini and had the best steamed artichoke I’ve had since my grandma used to make them. I was the only single woman at the counter, which is usually the case. In fact, I always wonder what all the other women on their own are doing while the guys are out, enjoying themselves solo. Are they sitting at home, eating a peanut butter sandwich? What a bummer.

I’m not saying that there aren’t men who feel uncomfortable doing things solo, but it does seem to be more common among women.

Regardless of your gender, if you are uncomfortable eating alone, you are missing out. Why? Because eating alone can even be more enjoyable than a meal with others. You get to order precisely what you like, and you can actually focus on what you’re eating, not your dining companion. There’s also the spontaneity of seeing some place you’d like to try and just going in and seeing if you like it. Last night, for example, I found a new favorite restaurant. (Yes, Tadich’s was that fantastic.)

But don’t take my word for it — there are scientists who study what people think they will experience when they do something alone in public, and then what they actually experience.

“People decide to not do things all the time just because they’re alone,” Rebecca Ratner, a professor of marketing at the Robert H. Smith School of Business, told the Washington Post. Hall has spent the last few years studying how and when people choose to be alone. “But the thing is, they would probably be happier going out and doing something.”

An article in the August Journal of Consumer Research by Ratner and her colleague Rebecca Hamilton covers five studies on the subject of solo activities. Jesse Singal at New York magazine got an early preview of the article. There, the researchers write: “[C]onsumers worry that if they engage in [hedonic] activities alone, observers will infer that they could not find friends to accompany them,” as one of the reasons for not doing stuff independently. (Hedonic means non-utilitarian activities, so doing something you enjoy.)

But when they actually tested that theory out on college students by asking some in groups and some solo to check out a nearby art exhibit, their results found the same enjoyment for both. The researchers wrote that their findings “provide empirical support for a key premise of our investigation: consumers who forego hedonic activities alone are missing out on opportunities for rewarding experiences.”

As anyone who has traveled alone knows, it’s the best way to meet new people. Extrapolate that into your home environment, and it works too. You are in a bubble when you go out with a friend or a partner, but that bubble is broken when you’re on your own, and you’re open to the world and new people in it. You’d be surprised how fun that can be.

It’s simple: If you’re worried about what other people will think of your dining (or movie-going, or concert-attending) alone, you’re having less fun and meeting fewer new people, which is the opposite of what you’d expect, right? So get out there — try a solo meal or other outing. If you must, bring a book or magazine the first few times so you have something to do, but try just sitting on your own through part of a meal not reading. Look around. Taste your food. Enjoy watching other people or thinking about a thorny problem (or remembering a pleasant time in your past). Research says you’ll enjoy yourself.

This article originally appeared on MNN.com 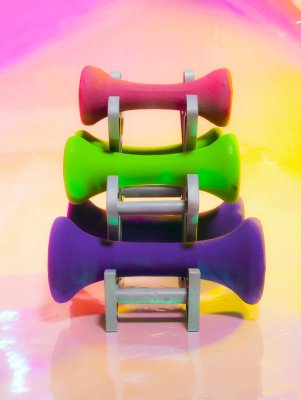 Why You Shouldn't Use a Steam Room After Working Out
Next Up: Editor's Pick