37-foot Sea Ray Sundancer after colliding with a barrier at the Francis Scott Key Bridge in Baltimore on July 27, 2015.
U.S. Coast Guard
By NBC News

Windy Lawson, 41, and Kimberly Ervin, 45, were thrown into the Patapsco River at around 3:30 a.m. Sunday, according to the Maryland Department of Natural Resources Police. Neither was wearing a life jacket, police said.

The Coast Guard said the Sea Ray Sundancer hit a concrete pillar around a section of the Francis Scott Key Bridge.

Two other people were thrown from the vessel and taken to the hospital, as were two people who remained on board during the collision, the… 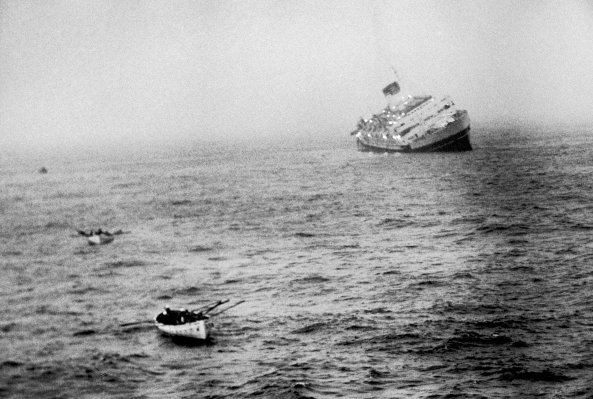 Diver Missing Off Famous Shipwreck by Nantucket
Next Up: Editor's Pick