Donald Trump Is Not as Aggressive on Immigration As He Sounds

Among the Republican presidential field, Donald Trump has had some of the harshest words for undocumented immigrants. But when it comes to the actual policies he supports, he’s much less aggressive than he appears.

The New York real estate mogul kicked off his campaign with some sharp words about undocumented immigrants from Mexico: “They’re bringing drugs. They’re bringing crime. They’re rapists. And some, I assume, are good people.”

He then doubled down, arguing that as President he would make Mexico build a wall along the border. “You force them because we give them a fortune,” he said in an interview with CNN. “Mexico makes a fortune because of us. A wall is a tiny little peanut compared to that. I would do something very severe unless they contributed or gave us the money to build the wall.”

Those comments drew criticism from parts of the Republican establishment as well as many Hispanics, but they were part of an overall sales pitch that helped push Trump toward the head of the pack. A Fox News poll at the end of June showed Trump in second place behind Jeb Bush, with his support more than doubling since those controversial statements.

But when it came time to discuss the actual policies he’d support, Trump was not nearly as harsh.

On July 23, he told CNN that he would not actually build a wall the entire length of the border with Mexico. “In certain sections, you have to have a wall,” he said.

On MSNBC the next day, Trump endorsed a “merit system” for the millions of undocumented immigrants already in the country—something that sounds a lot like a path to some sort of legal status, if not citizenship.

“I have to tell you, some of these people have been here; they’ve done a good job; in some cases sadly they’ve been living under the shadows,” he said. “We have to do something. … Somebody’s been outstanding, we (ought to) try to work something out.”

That puts Trump to the left of, say, former Pennsylvania Sen. Rick Santorum, whose campaign told TIME in May that he would not support a pathway to legal status or citizenship under any circumstances. And it puts him in line with other Republican candidates, such as former Florida Gov. Jeb Bush and Wisconsin Gov. Scott Walker, who have endorsed some kind of legal status but not citizenship.

Trump was never as aggressive on the issue as his campaign launch made it seem. In the past, he’d even gone after Republicans for taking too harsh a tack against immigrants.

In the wake of Republican candidate Mitt Romney’s defeat in 2012, Trump blasted him for a “mean-spirited” policy suggestion during the GOP primary that the U.S. should make daily life uncomfortable enough for undocumented immigrants that they would simply leave.

“He had a crazy policy of self-deportation which was maniacal,” Trump told Newsmax at the time. “It sounded as bad as it was, and he lost all of the Latino vote.” 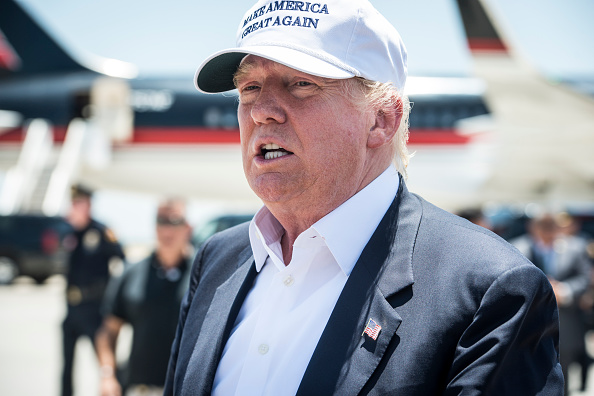