US Secretary of State John Kerry speaks during the release of the 2015 Trafficking in Persons Report" on July 27, 2015 at the State Department in Washington, DC.
Mandel Ngan—AFP/Getty Images
By Dan Kedmey

The U.S. State Department removed Cuba and Malaysia from its human trafficking blacklist on Monday as part of an annual update to its contentious Trafficking in Persons report.

The 2015 report separates 188 nations into three tiers based on their efforts to combat human trafficking. The lowest tier nations face the threat of diplomatic repercussions at the discretion of the U.S. President. Cuba and Malaysia’s ratings were watched closely this year in light of both nations’ growing economic ties with the U.S.

Human rights activists warned that a premature upgrade would hint at political favoritism and damage efforts to hold governments accountable. An estimated 20 million people worldwide are believed to be victims of human trafficking, working in industries ranging from the sex trade to fishing and mining. 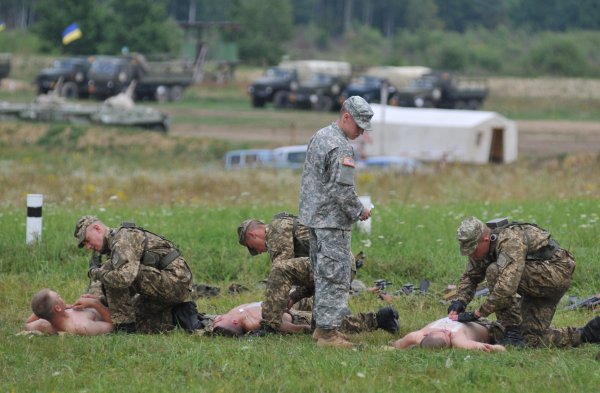 U.S. to Train More Ukrainian Troops
Next Up: Editor's Pick