Shark Attack Surfer Mick Fanning Heads Back to the Waves

In this screen grab from footage by the World Surf League, Mick Fanning of Australia shortly before being attacked by a Shark at the Jbay Open on July 19, 2015 in Jeffreys Bay, South Africa.
WSL/Getty Images
By Sam Frizell

Just a week after fighting off a shark during a surf competition, Mick Fanning is hitting the waves again.

The Australian surfer was pictured getting back on his board at Snapper Rocks near the Gold Coast on Monday morning, the Daily Mail reports, just days after he narrowly avoided a massive shark in the J-Open at Jeffreys Bay in South Africa last Sunday.

Fanning posted a photo of himself to his Instagram account with the caption “First surf back. Feels so good.”

Last week, Fanning was on his board when a shark came from behind and attacked Fanning, who says he punched it on the nose. The shark retreated and Fanning emerged unharmed.

“To walk away from a shark attack with not a scratch on you. It’s a miracle really,” Fanning said. 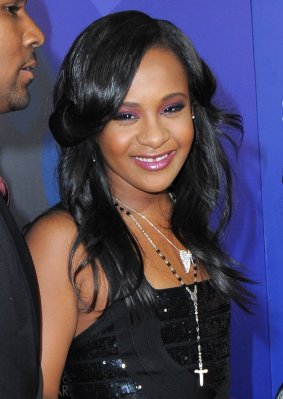 Celebrities React With Sadness to Bobbi Kristina Brown's Death
Next Up: Editor's Pick