Killer Seagulls Are Terrorizing Animals in the U.K. and Experts Fear a Baby Might Be Next

Seaside residents in the U.K. are being warned to keep a keen eye on young children after a spate of seagull attacks have picked off an array of worryingly large animals.

The aggressive birds have been on a killing spree in the scenic Cornwall area, recently pecking a dog and a tortoise to death. Even an aging pensioner was knocked over and left bloodied by a dive-bombing bird, the Telegraph reports.

Experts are now concerned that the problem will only get worse, calling for individuals to not leave their babies unattended as images of small rodents and even other fowl being devoured whole by ravenous gulls spread on social media.

Simon Prentis, of the Gull Awareness Group, has started a petition to drastically reduce seagull numbers. “To a seagull, what’s the difference between a dog playing on the lawn and a baby playing on the lawn?” he told the Telegraph.

“If somebody were to leave a baby sleeping in a pram or a push chair and left it unattended, it happens I would not wish it on anybody, but we’re headed in that direction.”

Even the British Prime Minister David Cameron has stepped in, the Telegraph reports, calling for a larger discussion on managing the urban gull problem. He has yet to suggest any concrete measures to deal with the problem, however. 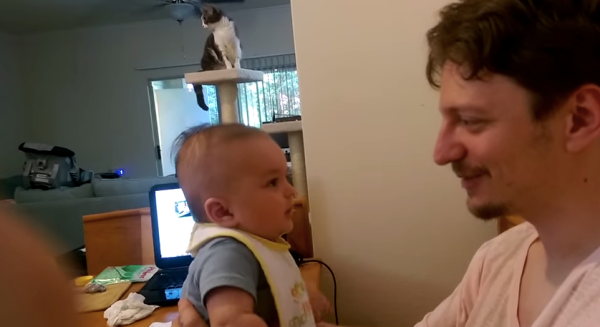 Did This 3-Month-Old Just Say 'I Love You'?
Next Up: Editor's Pick