Democratic presidential candidate Hillary Clinton on Sunday made tackling climate change one of her key goals were she to enter the White House, pledging to have more than half a billion solar panels installed nationwide by the end of her first term in office.

Clinton also called for a major increase in other renewable-energy sources, saying she wants every U.S. home to be powered by clean energy within a decade, reports Reuters.

“I want more wind, more solar, more advanced biofuels, more energy efficiency,” she said at a weekend rally in Iowa. “And I’ve got to tell you, people who argue against this are just not paying attention.”

The two goals were unveiled in a video posted to Clinton’s campaign website Sunday, and are part of a comprehensive agenda on climate change that will be laid out over the next few months.

“We are on the cusp of a new era,” she said in the campaign video. “We can have more choice in the energy we consume and produce.”

According to the former Secretary of State’s campaign, her climate-change agenda will increase output of solar energy by 700% by the end of the decade.

On Monday, the presidential candidate will explain her clean energy plan in more detail at a tour of an energy-efficient transit station in Des Moines, Iowa. 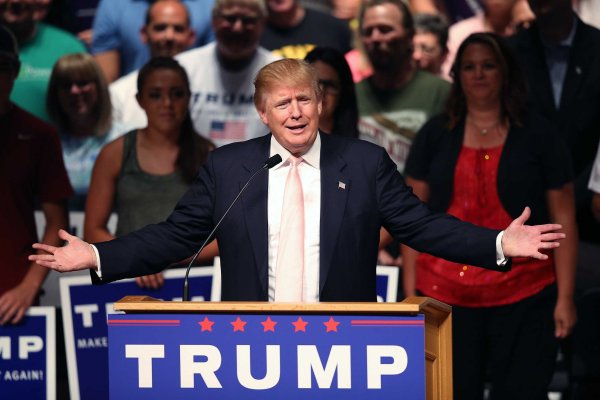 Everything's Coming Up Trump in Latest Polls
Next Up: Editor's Pick