Watch Caitlyn Jenner’s Mother Meet Her for the First Time

Though Caitlyn Jenner has already introduced herself to the world, Sunday night’s premiere of her new reality show I Am Cait captured her first introductions to many of her family members. Perhaps most emotional of all for Jenner was the first time she presented herself to her mother, Esther Jenner, as a daughter.

The moment the pair laid eyes on one another, the elder Jenner beamed and enveloped her daughter in a hug. “It’s OK,” Caitlyn told her mother, to which Esther responded, “I knew it would be.”

Over the course of the episode, however, the pair sat down to hash out the emotions that lay beneath the surface. Esther lamented that Caitlyn never confided in her while facing gender identity issues in the past. She admitted that it’s going to be difficult, as she put it, “for me to think of you as ‘she’ and to say ‘Caitlyn’ when I want to speak with you or call your attention.”

But her attitude, more than anything, was one of resolve to do the work she needs to do to come to terms with her daughter’s new life. “I loved him with all my heart, and I certainly love her with all my heart.” 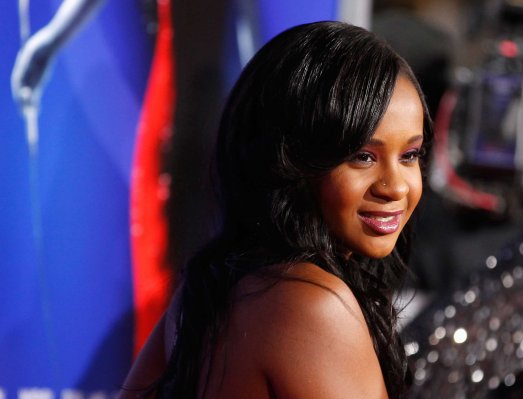 Bobbi Kristina Brown Dies at 22
Next Up: Editor's Pick