More than a dozen leading U.S. companies have committed to investing a total of $140 billion in new funds to combat climate change in a White House-organized effort meant to demonstrate the private sector’s commitment to the issue, the White House announced Monday.

The initiative, the latest in a series of White House moves on climate change, signals the continued effort by the administration to position global warming as a major issue in the lead up to a landmark United Nations conference on climate change in Paris at the end of the year.

“They’re not just committing to support a successful outcome in Paris, they’re walking the walk,” said Brian Deese, the president’s senior climate change advisor, on a conference call for journalists. “Commitments are varied, but the thing they all share is that they’re innovative and ambitious.”

The list of companies committing money and resources to fighting climate change contains many of the country’s most prominent corporations, including retailers, banks and tech companies. And, while many have made previous efforts to combat climate change, the announcements contains new commitments from each of the 13 companies. Financial institutions like Goldman Sachs and Bank of America have committed to financing billions of dollars in renewable energy plants. Tech companies like Google and Microsoft committed to purchasing 100% of the energy for their power-hungry data centers from renewable energy sources, in addition to a variety of other commitments. Companies like Walmart and Pepsico have agreed to rethink elements of their supply chain in an environmentally conscious manner.

“What’s exciting about this is these commitments are new and push beyond what has been done,” said Deese. “They are accountable, measurable and verifiable.”

Read More: Here’s Where to Buy a House In the U.S. That Will Be Resilient to Climate Change

The announcement also suggests an increased acceptance in the business community to the realities of climate change. The companies total revenue topped $1.3 trillion in 2014, and they have a combined value of more than $2.5 trillion. Still, the list of companies notably lacks an oil company, and it remains to be seen whether one will join the initiative in a future round of pledges. In response to a question on that topic, Deese said that he expects to see “substantial support from across different industry sectors” in the coming months.

The announcement, first reported by the Wall Street Journal, comes just months before a United Nations conference on climate change in Paris that many hope will lead to the strongest international agreement on the issue yet. Obama has sought to position the U.S. a leader on climate change in the lead up to that conference, committing to cut carbon emissions in the U.S. by 26 to 28% by 2025.

“There’s one issue that will define the contours of this century more dramatically than any other, and that is the urgent and growing threat of a changing climate,” Obama said at the UN climate summit last September. 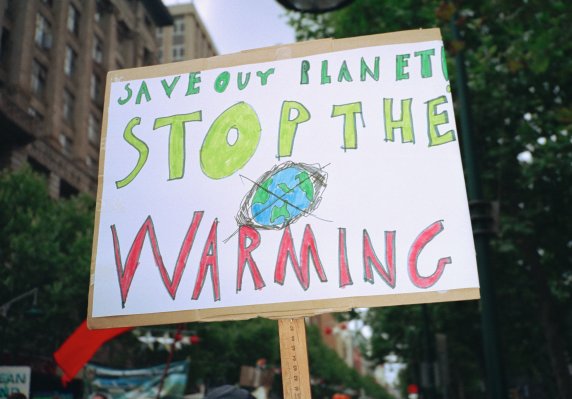 How Education Alters What You Think About Climate Change
Next Up: Editor's Pick