There is perhaps no wider chasm between the United States and Africa than over the issue of gay rights. The tension was thrown into sharp relief during U.S. President Barack Obama’s trip to Kenya, the first visit of a serving U.S. President to this East African Nation. In a joint press conference with Kenyan President Uhuru Kenyatta on Saturday, following what appeared to have been a warm and productive meeting behind closed doors, Obama made it clear that the issue of gay rights in Kenya remained unresolved.

“I believe in the principle of treating people equally under the law, and that they are deserving of equal protection under the law and that the state should not discriminate against people based on their sexual orientation,” Obama said. “I’m unequivocal on this.”

Kenyatta’s government has staunchly defended laws imposing up to 14 years in prison for homosexuality. Kenya and the United States, he said, shared many values, from a love for democracy, entrepreneurship and families.

Gay rights were not one of those values.

“There are some things that we must admit we don’t share—our culture, our societies don’t accept. It is very difficult for us to be able to impose on people that which they themselves do not accept.”

As I wrote in a recent cover story on gay rights in Uganda, this issue has resonance across the continent.

Kenyatta argued that Kenya had other priorities, listing heath, education and road development, along with greater representation of women in society. “This is why I repeatedly say that, for Kenyans today, the issue of gay rights is really a non-issue,” he said. “Maybe once, like you have overcome some of these challenges, we can begin to look at new ones.”

But when it comes to human rights, Obama made clear, it’s not so much a matter of priorities, but a matter of what is right. Drawing a comparison between anti-gay discrimination and the U.S. laws that once justified slavery and segregation, he brought in an unexpectedly personal angle. “As an African-American in the United States, I am painfully aware of the history of what happens when people are treated differently, under the law, and there were all sorts of rationalizations that were provided by the power structure for decades in the United States for segregation and Jim Crow and slavery, and they were wrong.”

He was not calling for a change in religious doctrine in Kenya, he said. “The state just has to say we’re going to treat everybody equally under the law.”

As Kenyatta made clear, little is likely to change in terms of Kenyan laws regarding gay rights. That was not the expectation, says U.S. presidential spokesman Ben Rhodes, who was accompanying Obama on the trip. Obama, he said, has been raising the issue during all his Africa travels. “Frankly, what we can do is keep a spotlight on [Lesbian, Gay, Bisexual and Transgender] rights and raise this issue and make sure that governments know that they are going to be hearing about this from us and hopefully from our partners in the international community.”

Nonetheless, Obama’s passionate defense of equality in a country that has long claimed him, a grandson of Kenya, for their own, may yet plant a seed that leads to greater acceptance down the line. 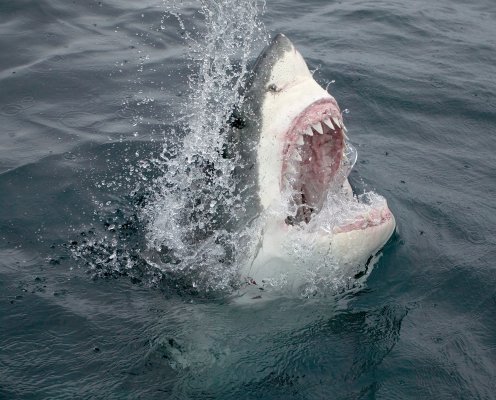 Man Killed in Shark Attack as Daughter Looks On
Next Up: Editor's Pick