In November the extension of China's Air Defense Identification Zone caused much controversy. China assures that there are no plans for a defense zone for the South China Sea.
China Stringer Netword—Reuters
By Michelle Arrouas

China harbors no imminent plans of creating an Air Defense Identification Zone over the South China Sea, the foreign ministry announced in a press release quoted by the state-owned news agency Xinhua.

Japanese newspaper Asahi Shimbun previously claimed that Chinese officials have finalized a draft plan for a prospective Air Defense Identification Zone to be set up over the disputed sea.

According to Chinese foreign ministry spokesman Hong Lei, the reports are baseless rumors being spread by “right-wing forces” in Japan.

“We sternly warned these forces not to mislead public opinions with rumors and play up tensions for their own selfish benefits,” he said. 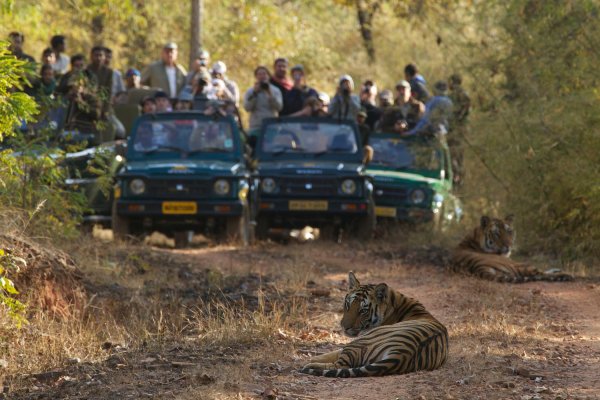 When Tigers and People Live Too Closely Together, Everyone Loses
Next Up: Editor's Pick