New York City streets are no stranger no unwelcome and unexpected visitors, but they received a rather unusual one on Thursday when an undersized alligator was discovered roaming around Manhattan.

It’s unknown where the creature came from, but the police that found the alligator brought it to animal control, the New York Times reported. The picture distributed by the NYPD’s 34th precinct made it clear that humans would likely have little to fear from the alligator, given its size: 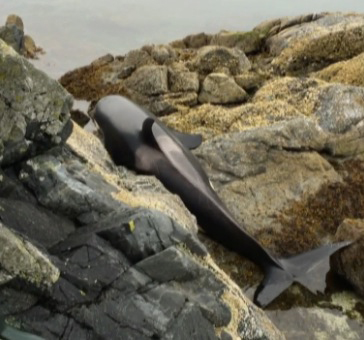