The Cetacea Lab received a call earlier this week about an orca caught amid rocks on the coast of British Columbia and immediately responded to the scene. Since the whale wouldn’t be able to return to the ocean until high tide lifted the 4- or 5-ton animal off the crags, volunteers spent eight hours keeping her cool, wet and calm. They covered the orca in blankets soaked in seawater and only allowed a few people at a time to approach, to minimize stress.

Hermann Meuter, a co-founder of the lab, was on the scene and tells the Globe and Mail, “because it was just me and the whale for the first couple of hours, it just felt good to talk to her a little bit and give her some comfort.”

When the tide rose, the whale spent about 45 minutes negotiating the rocks before finally escaping to safety. 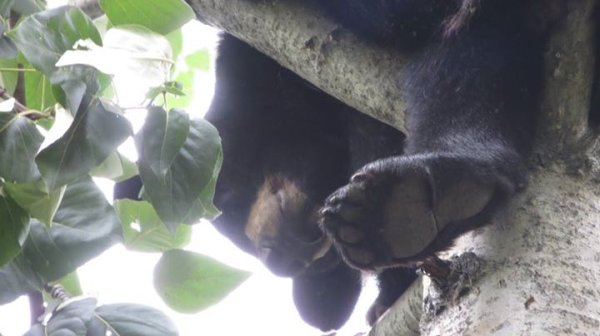 A Confused Black Bear Broke Into This Alaska Zoo
Next Up: Editor's Pick