Kareem Abdul-Jabbar: White People Gets It Right About Being White

The most shocking revelation to come out of Jose Antonio Vargas’s MTV documentary White People is that according to the film, 4 out of 5 young white people feel uncomfortable discussing race issues. I want to know who that one person is who doesn’t feel uncomfortable, because he or she is lying. In my completely unscientific survey that I’ve just pulled out of my nether regions, 5 out of 5 people—white or black—feel uncomfortable discussing race in mixed-race company, which is where most of these discussions need to take place. The reason for this discomfort is that one always has to be on guard about inadvertently saying something offensive and being labeled a racist, a radical, or a “thug.” This fear chokes off the open discourse necessary to actually change minds and make serious inroads against racism.

Fortunately, Vargas is excellent at creating a non-threatening atmosphere that encourages these young people, mostly teenagers, to openly express their thoughts—even when not politically correct—about race. As he travels around the country, from small towns to a Lakota reservation to Bensonhurst in New York, he gently prods these kids from various ethnic backgrounds to open up about their fears and frustrations with the issue of race in America. As one might expect from young adults, race is often expressed in very personal terms rather than in the bigger social and historical context of American culture, politics, sociology, and blah, blah, blah. Instead, the most effective and moving moments are the small revelations that surprise and touch both the participants and the audience.

One white young man from the South, who deliberately chose to attend a predominantly black college, brings his two black female friends home for dinner. During the lively discussion of race, the word “ghetto” is used, and one of his friends begins to cry because the word is so derogatory to her. The white friend is clearly surprised and embarrassed that he unintentionally hurt her. The other black friend doesn’t respond negatively to the word at all.

That’s part of the complicated aspect of these discussions: Everyone feels like they’re being forced to dismantle a ticking bomb by deciding whether to cut the red or green wire, knowing the wrong snip will result in the bomb blowing up in their face. When it comes to discussing racism, every word could be explosive.

In another surprising moment, a young man confesses to his conservative stepfather that he often chooses not to disagree with him about race because he fears the man’s impassioned reaction. The look of shock and shame on the man’s face is truly moving. The stepfather’s opinions about race likely don’t suddenly change, but it’s clear that he would be much more open to listening to his stepson in the future.

Considering that the film is less than an hour long, it does a pretty thorough job of touching on variations of teenage angst amplified through race. The standout segment is about white perception of reverse discrimination. According to the film, nearly 50% of young white Americans believe discrimination against whites is as big a problem as discrimination against blacks. Clearly influenced by parental opinions based on fear rather than facts, several white students complain about their inability to get scholarships because they are white. “White folks aren’t getting the same opportunities,” one student says.

Vargas then presents statistics that contradict this myth: Whites are 40% more likely than blacks to receive scholarships; 62% of college undergraduates are white, yet they receive a disproportionate 69% of those scholarships. One white student, responding to a classroom exercise in which students are asked to list the disadvantages of being white, expresses the reality of reverse discrimination perfectly: “It’s like asking a rich person, tell me how hard it is being rich.”

To their credit, these young men and women respond with openness and graciousness that would elude many more defensive adults. They are willing to acknowledge that they may have been wrong in their assessment. The film doesn’t really explore why that perception is so prevalent in the first place, but it’s implication that reverse discrimination is a default excuse for some whites when they don’t get what they want is clear.

Hopefully, a sequel will follow exploring how politicians profit from creating this perception to avoid taking responsibility for inaction. In one of my favorite scenes, the Lakota Indians refer to white people as wasichu, meaning, “he who takes the best meat.” It’s the cynical adults who exploit the children for their own gain—taking the best meat—that are the real enemies, though they never are mentioned in the film.

In the end, this film is not about prompting guilt, self-loathing, or blame. These white kids don’t deserve to feel any of those emotions because they aren’t responsible for the current situation in race relations nor for the past atrocities that have created it. But it’s good that they do experience some of these reactions because that will create empathy for the millions of black kids who feel guilt, self-loathing or blame without the pay-off of better education, jobs, housing, and other opportunities. That empathy is what brings the races together to make things better.

The film is about kids struggling to overcome preconceived and inaccurate notions about races handed down from their parents and the infrastructure of racism around them. Philip Larkin forcefully describes the generator of the problem in his infamous poem, “This Be the Verse,” in which he states that parents routinely screw up their kids: “They may not mean to, but they do. / They fill you with the faults they had / And add some extra, just for you.”

This documentary burns brightly with heat and illumination. But does it burn bright enough among the MTV viewers to illuminate in their hearts the fears, concerns, and hopes about race to take us a step closer to racial harmony? Or is this a case of no matter how brightly it shines, racial harmony just another distant star in a never-to-be-reached galaxy? I’m betting it’s the former, and that its compassionate and intelligent approach will encourage those young people who are at a crossroads, wondering whether to follow their parents’ status quo or strike out on their own, to have the courage to move on down their own road. 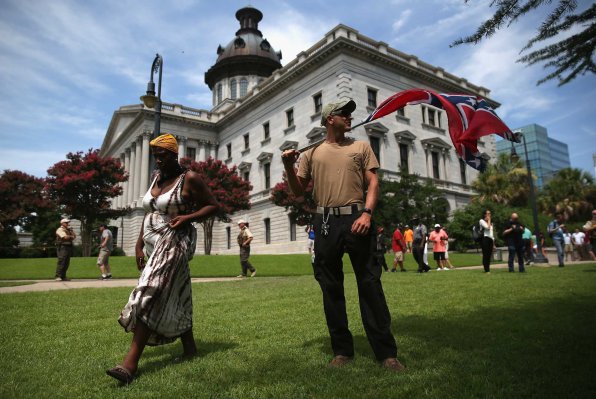 Majority of Americans Now Say Race Relations Are Bad
Next Up: Editor's Pick