Let’s address the elephant in the room: Apple devices often just look better than competitors’ offerings. That said, there’s always room for improvement. With Windows 10, out Wednesday, Microsoft is rolling out a whole new batch of features — some long overdue, others truly innovative, and several that haven’t made it to Apple’s desktops just yet.

Here are the Windows 10 features most likely to make Apple users jealous:

Windows 10 has a screen sensing feature called “Continuum,” which morphs your device’s layout according to how you’re using it. Got a touchscreen? Windows 10 strips away the tiny menus and fattens up the buttons. A PC? Back they go for easy clicking. The seamless switch from tablet to desktop suddenly makes those 2-in-1 tablet PCs — like Microsoft’s own Surface lineup — a far more enticing proposition.

“These are form factors that don’t exist in the Apple ecosystem,” says Forrester principal analyst J.P. Gownder. “Apple has the sleek design, but they don’t have the diversity.”

The Windows Stores lists more than 80 varieties of PCs, laptops and tablets, versus seven at the Apple Store. Now that Microsoft is expanding its retail footprint with more than 100 stores across the country, it has a better shot at guiding shoppers to a device that uniquely suits their needs.

Windows 10’s new browser, Microsoft Edge, makes finger painting on the web a breeze. The new “inking” tools includes digital pens and highlighters that can be applied directly to a webpage. “If you have a static web page and you want to share something, the quickest way to do something is to circle it and send it to your friend,” says Gownder.

The “Snap” feature, which fits one viewing window alongside another for easy multitasking, traces its lineage all the way back to Windows 7. The idea is a no brainer. Amazingly, it has eluded Apple’s design team until just now — Apple has finally announced snappy windows will release with iOS 9 later this year. But Windows 10 users will go on using it for the sixth year running.

The search bar embedded in the Windows 10 start screen can take a high-altitude view of stuff stored on your device, the cloud and the web — making it a one-stop shop for all your search needs. In its finest moments, it pulls answers directly from the web into a pop-up menu, eliminating the step of launching a separate browser window.

Cortana, Microsoft’s digital assistant, can go toe-to-toe with Siri on voice commands, but it really shines on personalized service. Microsoft took the unusual step of showing what Cortana’s machine learning algorithms have inferred about the user. Cortana’s “Notebook,” modeled after the notebooks kept by real life assistants, shows if Cortana thinks the user has a penchant for certain kinds of news, cuisines or apps. Users can modify the settings in an open dialogue with the digital assistant. 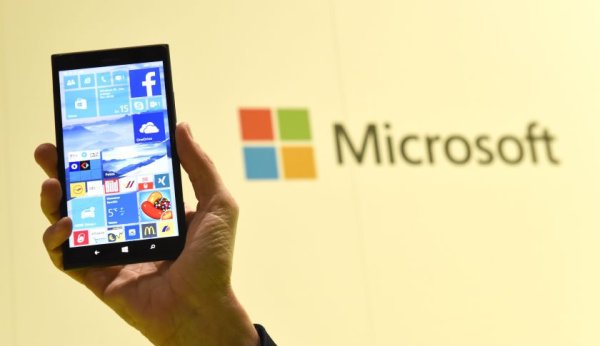 Microsoft Out-hypes Itself With a Windows 10 Music Video
Next Up: Editor's Pick