There are a series of scandals growing in Brazil, Latin America’s biggest country and one of the world’s most important emerging markets. The fallout could bring down a president who was reelected less than a year ago. Here are the 5 facts that tell the story:

Scandals are most damaging when an economy is slowing down. Brazil had a $2.35 trillion economy in 2014, the seventh-largest in the world. But 2015 has gotten off to a rocky start; foreign investment is down from $39.3 billion in the first five months of 2014 to $25.5 billion this year. Overall investment in the country has fallen for seven straight quarters.

Even worse, Brazil’s currency, the real, has lost 20 percent of its value since January. This by itself isn’t a bad thing—a less valued currency should make its assets cheaper and more attractive to foreign investors. Instead, Brazil’s economy is expected to shrink 1.5 percent this year.

Political scandals, and the uncertainty they create, are helping to scare off investors. The most visible involves Petrobras, the state-controlled oil company. As the scandal has unfolded, Petrobras stock has fallen 60% over the past year, and the company has had to write off $2 billion in bribery-related costs, while grappling with low oil prices.

Why is a corruption scandal involving one company causing such shockwaves? Because it implicates the country’s highest political officials. The scandal began in March 2014, when Petrobras’s chief of refining was caught in a money-laundering investigation. In a bid for leniency, he confessed that companies awarded contracts from his division had diverted 3 percent of each contract’s value into political slush funds. Most of the money went to members of the governing Workers’ Party or their coalition allies. Initial estimates value the bribes at nearly $4 billion. Over two dozen executives from Brazil’s largest construction companies have already been arrested, and more than 50 politicians are now under investigation.

This scandal could reach to the political mountaintop, because current Brazilian President Dilma Rousseff served as energy minister and chairwoman of Petrobras during the years of alleged corruption. There is still no evidence that Rousseff had knowledge of wrongdoing. But given the number of politicians from her Workers’ Party implicated in the scandal, a growing number of people say she is at least guilty of unpardonable negligence. Political opponents are calling for her impeachment, and the public’s suspicion is reflected in her poll numbers. In June 2012, Rousseff enjoyed a 59 percent favorability rating; in March 2014, around the time the scandal broke, her numbers had fallen to 36 percent. Her favorability rating has now plummeted to just 15 percent, according to Brazilian pollster CNT-MDA. Nearly 63 percent of Brazilians favor impeachment. On March 15, 1 million demonstrators gathered to protest Rousseff and the corruption of her government and the worst is probably yet to come.

Why? Because her mentor and political patron, former President Luiz Inacio Lula da Silva, is now being investigated for influence-peddling on behalf of Brazil’s construction giant Oderbrecht. Oderbrecht’s CEO was arrested last month on charges that he paid Petrobras nearly $155 million in bribes. When Lula left office, he held an approval rating of 90 percent, and Rousseff, his chosen successor, rode his coattails to the presidency. Rousseff should be worried; if Lula is indicted, he may blame Rousseff’s government, withdrawing his support for her. If so, Rousseff defenders within the ruling party may finally turn their backs on her.

Lula isn’t the only former president being investigated over Petrobras. Fernando Collor de Mello, Brazil’s president in the early 1990s, had over $1 million is cash and vehicles seized last week while investigators determine his role in Petrobras bribes.

5. CARF and other scandals

Petrobras has dominated international headlines, but it’s not the only corruption scandal threatening the government. The latest involves the Administrative Council of Fiscal Resources (CARF), a division of the finance ministry. It’s alleged that some of its members, tasked with resolving tax disputes filed by corporations, ruled in favor of firms in exchange for 1 to 10 percent of the saved revenue. Over the last 10 years, the government is believed to have lost tax revenue of much as $5.8 billion. That’s nearly 50 percent more than the bribery figures associated with the Petrobras case. But because this case involves mid-level bureaucrats instead of top government officials, it receives far less attention from international media.

By the way, don’t forget Brazil hosts the 2016 Summer Olympics. Brazil has budgeted $8 billion for the Rio de Janeiro games—but Rio Mayor Eduardo Paes has bragged publicly that 57% of the financing will come from private sources instead of taxpayer pockets. Given Brazil’s current political climate, this news will raise eyebrows and new questions. 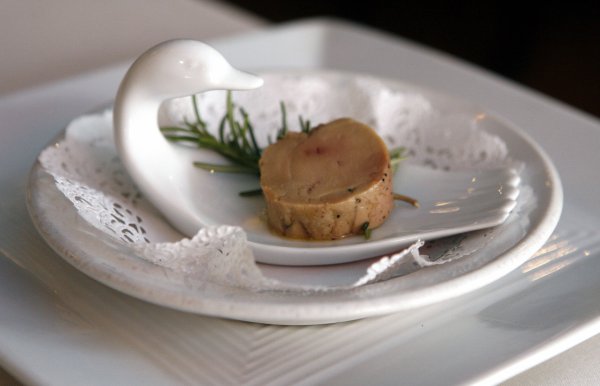