Why Amazon's Stock Is Suddenly Up 20%

Shares of Amazon were up some 20% Friday morning, adding more than $44 billion to the company’s market value, after strong growth in the company’s cloud business drove a surprise quarterly profit.

The Internet retailer’s stock price rose strongly overnight, after the firm announced a surprise profit of $92 million on Thursday afternoon, when analysts expected it would lose money in the second quarter.

Shares hit $563 per share as of 4:30 p.m. ET Thursday. The surge continued overnight, with the stock touching new highs of $570 per share as of 7:15 a.m. ET Friday morning, and were lately moving higher, according to Bloomberg News.

“They are showing investors that if they want to deliver profits, they can,” Michael Pachter, an analyst at Wedbush Securities, told Bloomberg. “Amazon is a dominant online retailer, well on its way to becoming one of the world’s largest retailers.”

The jump in shares — setting up the stock for its best trading day in five years — takes Amazon’s market capitalization to about $270 billion, overtaking that of retail giant Wal-Mart, Reuters reported.

It also added around $8 billion in paper value to CEO Jeff Bezos’ stake in the company. 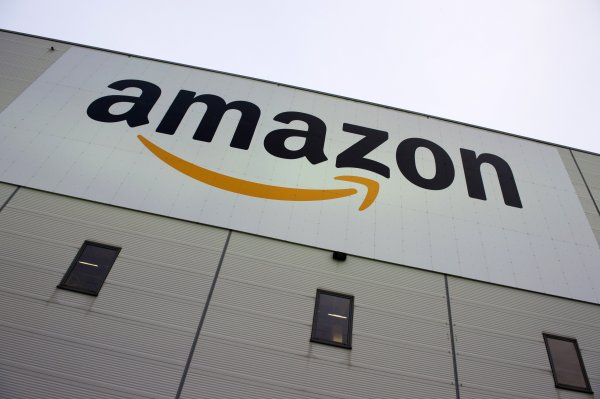 Amazon’s Handyman Service Is Expanding to 15 Cities
Next Up: Editor's Pick