Indian Prime Minister Narendra Modi has joined a chorus of support for lawmaker Shashi Tharoor, who gave a now viral speech speech in which he called for Britain to pay reparations to India for centuries of colonial rule.

To date, a video of the speech posted on YouTube has garnered almost 1.5 million views. The speech was recently delivered at the Oxford Union debating society in Oxford, England.

“Tharoor’s speech reflected the feelings of patriotic Indians on the issue and showed what impression one can leave with effective arguments by saying the right things at the right place,” Modi said at an event at the New Delhi Parliament on Thursday, the Guardian reports.

In his 15-minute speech, recorded in May, Tharoor attacked the U.K. for the negative economic and social repercussions its colonial rule over India had on the country.

“It’s a bit rich to oppress, enslave, kill, torture, maim people for 200 years and then celebrate the fact that they are democratic at the end of it,” Tharoor said in the speech. “What is required, it seems to me, is accepting the principle that reparations are owed.”

One columnist and publisher, Minhaz Merchant, calculated the reparations due to India at close to $3 trillion.

“I am very touched and grateful,” Tharoor apparently said in response to Modi’s praise, according to the Guardian.

Though Tharoor is part of the center-left opposition Congress Party, the direct competitor of Modi’s ruling Bharatiya Janata Party, he has been rather vocal of his support for Modi, the Guardian says. He was even stripped of his title as party spokesman last year by Congress Party leader, Sonia Gandhi, for speaking too favorably of Modi’s policies. 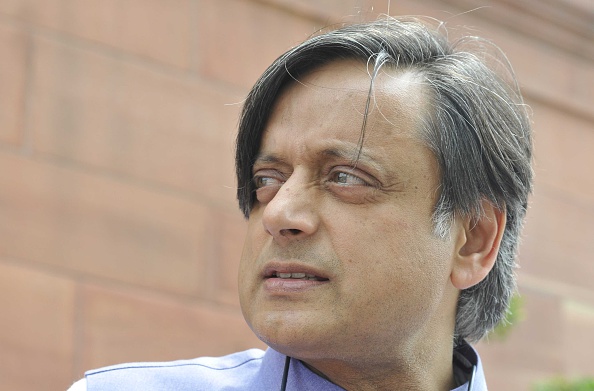