The U.S. has asked Paraguay to extradite Nicolás Leoz, the former president of South America’s soccer confederation, Conmebol, and a suspect in a huge corruption scandal at the heart of the world soccer’s governing body FIFA.

Leoz, 86, has been under house arrest in the Paraguayan capital, Asunción, since June 1, reports Reuters.

“We have received the documentation from the U.S. embassy and have forwarded it to the Supreme Court,” Juana Núñez, the ministry’s liaison with Paraguay’s justice system, told Reuters. Núñez added that there was no deadline for when authorities must decide on the extradition request.

U.S. prosecutors have indicted 14 soccer officials, including Leoz, as well as businessmen and marketing executives on charges of bribery, racketeering and money laundering.

Leoz was president of Conmebol from 1986 to 2013 and was a former member of FIFA’s executive committee. He was not in Geneva in May when seven FIFA executives were arrested by Swiss police, although he was later detained by Paraguayan authorities.

Leoz has maintained his innocence. 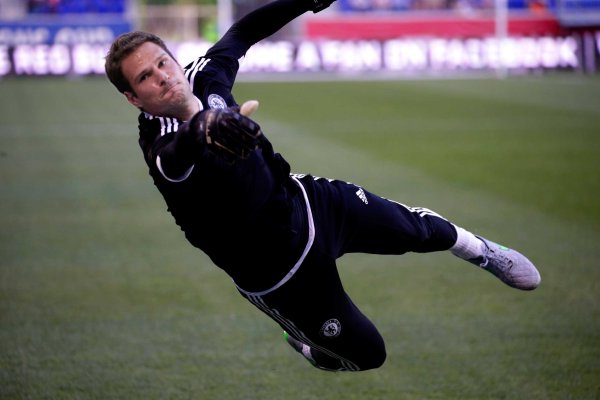