Is It Really Safe to Go Trekking in Nepal Again?

Nepal’s Himalayan tour operators are criticizing a new government-sanctioned report that declared one of the country’s most popular trekking circuits safe for tourists after massive earthquakes ravaged the country in late April.

They say the study was hastily conducted, without enough fieldwork to back up the findings.

The report, funded by the U.K. and conducted by structural-engineering company Miyamoto, found that the Annapurna circuit was not as badly damaged as initially feared, the BBC says.

The government welcomed the report’s conclusions that very few trails in the area needed repairs after quakes on April 26 and May 12 killed more than 9,000 people across the tiny mountain nation.

Several companies and associations that facilitate trekking expeditions across the Himalayan mountains surrounding Nepal, however, are less enthusiastic. Most say they were not consulted for their input, despite their intimate familiarity with and practical knowledge of the region.

“Such assessments need to have the involvement of stakeholders like us to have any credibility,” Ramesh Dhamala, president of the Trekking Agencies’ Association of Nepal (TAAN), told the BBC.

Nepal Mountaineering Association president Ang Tshering Sherpa added that the report was “totally insufficient” because only one week of fieldwork was carried out.

MORE: 6 Ways You Can Give to Nepal Earthquake Relief

Their criticisms come just over a month after U.N. officials voiced their fears over the safety of several quake-damaged World Heritage Sites reopened by the Nepalese government.

Speaking to the New York Times in June, Christian Manhart, the head of UNESCO Kathmandu, said that his organization had encouraged authorities to delay the reopening of certain monuments — including some of the country’s most popular attractions — because of concerns that some buildings were still unsafe or vulnerable to looting.

He also told the Times that Archaeology Department director general Bhesh Narayan Dahal implied to him that he was under pressure to reopen damaged monuments in order to collect entrance fees to support reconstruction efforts.

Meanwhile, representatives of Miyamoto told the BBC they involved multiple trekking and mountaineering companies in compiling their report on the Annapurna circuit.

The global engineering firm, which is based in Sacramento, Calif., is also compiling a similar safety report on the world’s tallest peak Mount Everest and its surrounding areas.

Dhamala, however, says operators belonging to TAAN will not be sending tourists to either region based on Miyamoto’s findings.

The association’s CEO, Ganga Sagar Pant, said in an interview with TIME on May 8 that they were conducting “assessment” expeditions of their own to ensure the trails were safe for visitors. Pant, along with other government officials and tour operators, insisted at the time that Nepal was safe for tourists — but that was before the second earthquake, which struck a week after the interview.

Around 17,000 fewer tourists have visited Nepal between May and July compared to the corresponding period last year, severely depleting one of the mainstays of the small landlocked country’s already struggling economy. 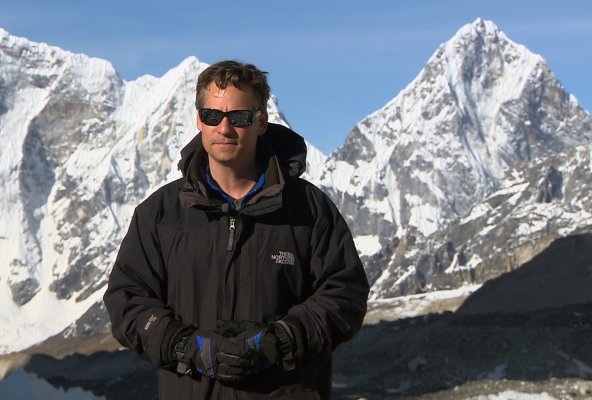 Richard Engel Spotlights Heroes and Victims of Everest Avalanche
Next Up: Editor's Pick