How to Deal With the Donald Trump in Your Office

Ideas
By Joseph Burgo
Joseph Burgo is the author of the forthcoming book The Narcissist You Know: Defending Yourself Against Extreme Narcissism in an All-About-Me Age.

With his larger-than-life personality and inescapable media presence, Donald Trump might seem to be one of a kind. But people very much like him are everywhere—minus the superstar status and wealth. They show up regularly in the workplace, displaying a similar unflappable sense of self-importance, utter insensitivity to others’ feelings, and intolerance of criticism.

Extreme narcissists view the world exclusively in terms of winners and losers. They constantly try to demonstrate that they are winners, not only by bragging about their accomplishments but also by triumphing over people they view as beneath them: “losers.” If anyone should question his winner status, the extreme narcissist will experience it as an attack, as if he is being called a “loser,” and will instantly go on the counter-attack to reassert his superiority.

In the workplace, this translates into a colleague who, feeling challenged or criticized by a co-worker, suddenly becomes an adversary hell-bent on destroying his enemy’s reputation. When criticized, an extreme-narcissist colleague may also respond with self-righteous indignation, attempting to deflect the criticism by blaming his detractors for some other fault. He’ll treat the source of that criticism with contempt as a way to invalidate it.

This is exactly how Trump has behaved recently on the national stage. For example, he sued Univision for $500 million when, in response to his inflammatory comments about illegal immigrants, it decided not to air the Miss USA Pageant that he owns in part. He ridiculed NBCUniversal as “weak and foolish” for also declining to air the pageant. And in response to criticism from people including Charles Krauthammer, John McCain and Lindsey Graham, Trump has made it clear that he thinks these men are such obvious “losers” that their criticisms carry no weight.

Trump’s battles with his detractors may be causing mayhem on the political front, but they hold several useful lessons about working alongside an extreme narcissist:

1. Don’t engage in battle. Remember that the winner-loser dynamic is always at play, even if it’s not readily apparent. Because extreme narcissists are relentless in defending their winner self-image, you will never prevail if you fight back.

2. Do nothing to challenge his winner status. Be excessively cautious not to wound his self-esteem, even when you don’t see your comments or behavior as hurtful.

3. Document everything. Because extreme narcissists are often ruthless and vindictive, take every precaution to protect yourself. This often means laying the foundation for legal action, including preserving hostile emails or other written exchanges and getting witness statements as legal proof.

4. If necessary, find a new job. You will never change the extreme narcissist. Don’t delude yourself that you will one day get him to “see the light” and come around to your point of view.

Following these tips may help you keep the peace at work, but don’t ever let your guard down: Because extreme narcissists lack empathy and are unable to recognize other people’s feelings, they can be dangerous.

Joseph Burgo is the author of the forthcoming book The Narcissist You Know: Defending Yourself Against Extreme Narcissism in an All-About-Me Age. 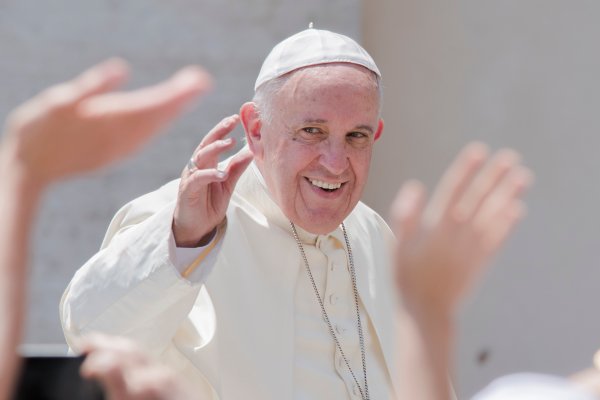 Preaching Pope Francis's Politics May Be the Key to Becoming President
Next Up: Editor's Pick