What the Jade Helm 15 Conspiracy Theory Reveals About Americans

This month, the U.S. military began combat training exercises in several counties in Texas and other western states. Dubbed “Jade Helm 15,” they’re designed to train soldiers how to operate in civilian areas, as often happens in the Middle East.

But when the government announced that these exercises would take place, a furor erupted, especially in Texas.

Concerns ranged from practical ones (the possibility of the exercises starting wildfires) to more outlandish ones: some called it a smokescreen for the imposition of martial law, while others view the exercises as a means to confiscate guns from citizens, which will set the stage for a military takeover of Texas.

The media, not surprisingly, had a field day: article after article detailed the fear and concerns of a certain sect of Texan citizens, tossing around the terms “conspiracy theorists” and “paranoid” to describe them.

But are those who believe in governmental conspiracies really paranoid, in the clinical sense of the word? And if Jade Helm-like conspiracy theories are on the rise, is this an indication that, as a culture, we’re becoming more paranoid? As I detail in my upcoming book Paranoid: Exploring Suspicion From the Dubious to the Delusional, I believe the answer very well might be “yes.”

What is paranoia, clinically speaking?

The word “paranoia” is often tossed around in the same way that “depression” is. It’s used most often to mean that someone is overly suspicious (or in the case of depression, sad).

Paranoia in a clinical sense, though, refers to a pathological condition in which individuals, without good reason or evidence, consistently believe others are out to get them.

So are Texans who think that martial law is about to be imposed paranoid? Well, to the extent that their fears lack evidence, are rigidly held onto, are not modified by counter-argument, cause them distress and result in anger – then, perhaps, they are. After all, those are some of the classic characteristics seen in paranoid patients.

But you can be wary without being paranoid. Recent revelations regarding the government’s domestic spying will make even the most trusting of us a bit more concerned. There’s a thin line between “Jade Helm is designed to take away our guns” and “it’s designed take away my guns.” The latter belief – the personal one – comes closest to clinical paranoia.

So are we more paranoid?

To many, the Jade Helm conspiracy theory sounds downright delusional. It ranks up there with Area 51’s space aliens and the government’s role in blowing up the twin towers on 9/11.

Those of us old enough to remember the hoopla over Paul McCartney’s purported death realize that such conspiracies theories are nothing new. But the belief in outlandish ideas doesn’t equate to a clinical condition. Thirty percent of us believe in ghosts and 20% believe in witches. Many of us believe in things for which evidence is lacking without being labeled as being mentally ill.

Still, are Jade Helm and other conspiracy theories an indication of a trend toward increased paranoia in our society?

Perhaps. There’s reason to be concerned that paranoia may be on the rise even though data are lacking. And it could be that the realities of modern life are partially to blame.

Each day we face multiple threats to our sense of security and privacy. Security cameras are omnipresent; drones (both government and private) fly overhead. Big as well as small (micro) satellites monitor us from above. Computer hackers steal our information and identities, while the government monitors all our electronic activity. We can be tracked by the cellphones we carry.

Terrorism, while rare on our shores, is a concern for most Americans. Media coverage, which includes reports of prevented terrorist attacks, has become more and more prevalent. While reassuring us that we are thwarting terrorist plots, it also tells us that we live in an unsafe world.

All of these threaten our sense of safety. But is there scientific evidence that these factors have resulted in increased rates of paranoia? Admittedly, no. But there is precedent for environmental factors contributing to increased rates of mental illness.

We can’t help but notice

Fifty years ago, women with a Marilyn Monroe figure were satisfied with their physique, as models and actresses of the era were similarly proportioned. But within a decade, media images of women presented increasingly thinner bodies.

The result was an increase in body dissatisfaction among women and an epidemic of eating disorders that has yet to subside. Women in the 1970s didn’t stop and study images of thin models and actresses. Nonetheless, they’d been exposed to them over and over again on television and billboards, and in magazines and movies.

Similarly, we don’t “study” the security cameras that we see each day, but we do notice them. We’re aware that drones and satellites are overhead even if we can’t see them. We know there are computer hackers out there. Our brains absorb all of this information. And it is making us less trusting and more suspicious. Polls over the last several decades document this phenomenon.

Ominously, polls also indicate increased anger among Americans. I point this out because when paranoia does erupt in violence – like during the 2007 Virginia Tech massacre – it’s often the result of pent-up anger.

As noted, one can be wary but not paranoid. Not every female in the 1970s, ‘80s and ’90s who was dissatisfied with her body developed an eating disorder. Not everybody who is more concerned about security and privacy and less trusting will develop paranoia. But some will undoubtedly slip from wariness to suspicion, from suspicion to paranoia.

So when the good people of Texas wake up to the sight of armed troops in their communities, will some experience paranoia? Yes. And for some people – whether it’s justified or not – the presence of these troops will further erode an already tenuous sense of trust and security. 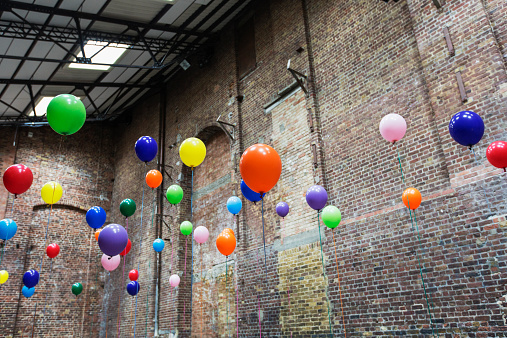 4 Principles That Will Make You More Innovative
Next Up: Editor's Pick