This Is What the World's Biggest Movie Poster Looks Like

The biggest movie in India now has the biggest poster. Baahubali: The Beginning broke the opening weekend box office record in India two weeks ago with $25.6 million. To market it, distributor Global United Media decided to break another record: world’s biggest movie poster.

According to Guinness World Records, the poster has an area of 4,793.65 square meters, or 51,598.4 square feet. It trumpets the movie’s star, Telugu actor Prabhas, as well as the name of the director, acclaimed blockbuster-maker S. S. Rajamouli.

The movie’s story, drawn from Indian mythology, is about two brothers warring for control of an ancient kingdom. It’s one of the most ambitious Indian productions ever, with a 380-day shooting schedule over three years and 2,000 stuntmen. It’s also arguably the most expensive Indian movie ever made; the movie and its sequel have a combined budget of $40 million. In addition to the opening weekend record in India, Baahubali also broke the record for an Indian movie in the U.S., with 4.4 million. 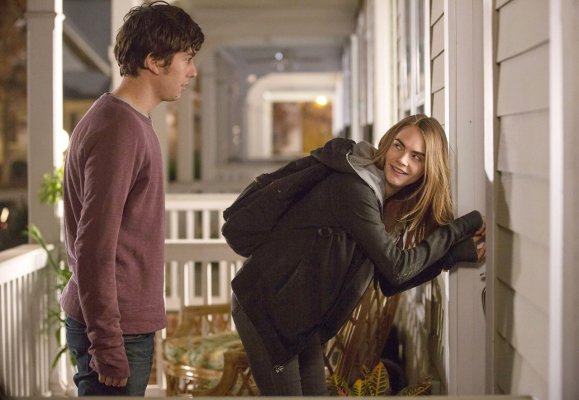 Paper Towns: 14 Things You Learn on the Set of the New John Green Movie
Next Up: Editor's Pick