Converse shoes are seen in a store on October 14, 2014 in Miami, Florida.
Joe Raedle—Getty Images
By Laura Lorenzetti / Fortune

Converse will unveil a new and improved version of its flagship Chuck Taylor shoes–and the principal focus will be all about comfort.

The new version, titled the Chuck II, will cost $15 more than the current shoe, reports Bloomberg.

The biggest upgrade will be the addition of a lightweight, bouncy foam called Lunarlon that was developed by its parent company, Nike. The Lunarlon sockliner will add cushioning and arch support, which has been traditionally lacking from the century-old shoe.

Converse CEO Jim Calhoun knows that to compete in today’s sneaker market, you have to offer comfort along with style: “Kids are growing up in a world where they know comfort, expect comfort, and won’t stand for discomfort,” he told Bloomberg.

Revamping such an iconic shoe could bring out detractors. Chucks are one of the best-selling shoes of all time. More than one billion pairs have been sold and messing with that kind of heritage is risky. The shoe has been worn by such historic figures as the Ramones, Kurt Cobain and even JFK.

“One of the curses of having an icon is a fear–particularly in the midst of success–of doing any changes,” said Calhoun.

However, that hasn’t stopped Converse from revamping Chucks. Up until now, the company has focused on partnerships with top designers like Missoni and John Varvatos to bring newness. Adding a layer of comfort to the shoes goes a step beyond and gives the brand a benefits story, on which shoppers have come to depend when shopping for everything from a smartphone to running shoes to shampoo. 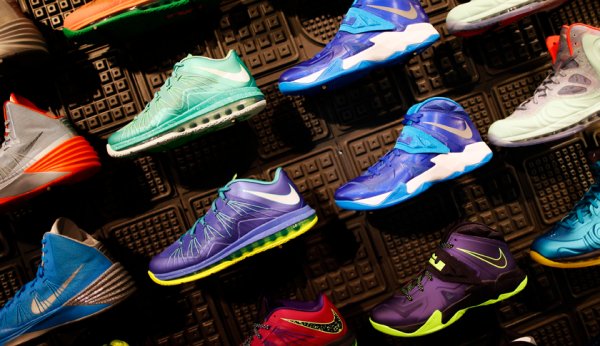 Here’s Why Nike’s Shares Just Leapt To an All-time High
Next Up: Editor's Pick