Why the New Case Against Bill Cosby Is Different

After facing years of sexual abuse accusations from dozens of women, comedian Bill Cosby may be forced to give a deposition under oath next month in a case that will put him under unprecedented scrutiny, in which he is alleged to have molested a 15-year-old girl.

Cosby’s lawyer tried to get the case dismissed on procedural grounds, but on Wednesday the California Supreme Court declined to hear the petition, paving the way for the case to go forward, if Cosby’s lawyers aren’t able to stop it.

Gloria Allred, the attorney representing the alleged molestation victim, who is now in her 50s, told TIME her team plans to ask Cosby not just about the specifics of the case but also about the similar claims made by dozens of other women, who have detailed encounters in which Cosby plied them with drugs or alcohol and then assaulted them. She hopes to depose Cosby in August and will seek permission to videotape the proceeding.

“We have wide latitude in the deposition to ask any question of Mr. Cosby that is relevant or will lead to discovery,” Allred told TIME. “I believe it is relevant to inquire about accusations of other accusers, in order to establish pattern and practice, as well as a motive.”

Cosby’s representatives did not respond to requests for comment.

The details of the case

Judy Huth was 15 when she and a 16-year-old friend met Cosby in 1974 at a Los Angeles park where he was filming a movie, according to a December 2014 court filing. The girls both told Cosby how old they were, the filing says.

Cosby invited Huth and her friend to his tennis club the following Saturday. They met him there and the trio played billiards. Cosby also gave them alcohol, playing a game with Huth that involved her drinking a beer every time he won a game of billiards. Afterwards, he took the girls to the Playboy Mansion, where Huth said he invited her to sit beside him in a bedroom suite and molested her, according to the filing.

Why this case is different

Huth’s case is unique among the many other claims against Cosby because she was so young when the alleged abuse occurred—it is currently the only civil case pending against Cosby that involves child abuse. The statute of limitations has expired on other sexual assault claims against Cosby, leaving three women who say they were assaulted by Cosby in the 1970s to sue him for defamation instead, because he called them liars when they recently came forward. But Allred is arguing that the statute of limitations on sexual abuse should be extended for Huth, because she is an “adult survivor” of child abuse.

The law gives people who were assaulted as minors more time to file a suit, said Anne Bremner, an attorney in Seattle who is representing another Cosby victim in a case she has not yet filed. “It takes [minors] longer to put together, what happened to them,” Bremner told TIME.

In a countersuit, Cosby has argued that Huth tried to sell her story to the tabloids a decade ago, meaning that she would have realized the psychological damage back then, so the statute of limitations is up.

Why the deposition matters

If Cosby is deposed under oath next month, as Allred plans, the results could be damaging for the comedian, adding to the firestorm that has built as many women have come forward and stated their cases publicly. In a deposition Cosby gave in 2005 in a different civil case, which only recently came to light, he admitted to purchasing quaaludes with the intent to give the drug to women he wanted to have sex with. In subsequent court filings, Cosby’s attorneys have argued that quaaludes were a popular drug in the 1970s clubbing scene and that Cosby’s admission was not proof of wrongdoing.

But the deposition excerpts were damaging nonetheless, and Cosby’s attorney’s are likely to do everything in their power to stop Cosby from answering Allred’s questions. Robert Shapiro, a Los Angeles-based litigator who has represented O.J. Simpson but is not involved in the Cosby case, said Cosby can avoid responding to tough questions by settling the case or pleading his Fifth Amendment right not to incriminate himself.

“His lawyers are going to do every single thing to block him answering any questions regarding the drugging or sexual assault of any victims,” Shapiro told TIME. If Cosby decides the plead the Fifth, Shapiro added, “then the matter will go before a judge to see if he can be compelled to answer those questions.”

If Cosby is compelled or chooses to answer questions, it is unlikely that he would be able to keep the deposition under seal to stop it from becoming public, which would have to be done by court order in California. “The courts in recent years moved away from the sealing of anything. You have to have really substantial compelling reasons to seal anything these days” Bremner said. “The fact of the matter is, he’s a public figure. It’s a civil case, and generally civil depositions can be given to anybody.”

Cosby’s lawyers, Monique Pressley and Patrick O’Connor, and his public relations representative, David Brokaw, did not respond to requests for comment. Allred wouldn’t speculate on whether Cosby would cooperate with the deposition, saying only: “We’ll see what his next move is.”

Read next: Bill Cosby Forced to Testify on Sexual Assault 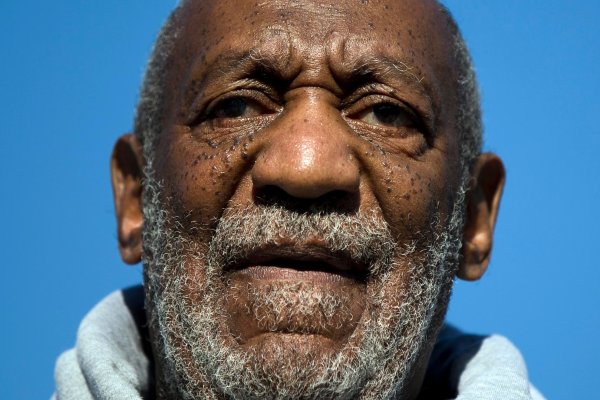 Behind Bill Cosby's Explosive Admission
Next Up: Editor's Pick